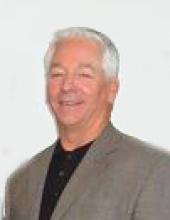 Ken Kutska began his illustrious career in parks and recreation at age 16, when he was a summer youth sports program leader who handled park maintenance between the youth programs. He earned a Bachelor of Science degree in Parks and Recreation Administration in 1971 from Western Illinois University.

Ken's first post-graduate job was with Elmhurst Park District in DuPage County, Illinois. Here he spent over three years “learning the ropes” and making connections on local and state levels that would assist him later. He also continued to attend Western Illinois University for graduate courses in Facility Management and Public Administration.

On April 15, 1975, Ken became the Director of Parks and Planning for the Wheaton Park District, which is also in DuPage County. He remained Director for over 30 years, during which time he saw Wheaton grow from 24,000 people with 12 parks of less than 100 acres to 60,000 people with 52 parks with over 815 acres. So, while the population almost tripled, the acreage of parks increased by 800%. This was due largely to Ken's leadership in long range planning, land acquisition, and strong fiscal management. Ken also saw the agency’s full-time employees grow from 12 to 80, and he developed an effective volunteer program, which to this day still generates $500,000 annually in donated labor.

Ken's work and leadership was being noticed. Within four years of becoming the Director of Wheaton Park District, Ken was recognized by the IPRA as the Park Professional of the Year (1979). In 1981 he received the IPRA President's Award, and in 1983 the Western Illinois University Distinguished Alumni Award. By this time Ken had been chair or co-chair of numerous committees of the IPRA and of IPRA statewide events, such as the annual “Run to Springfield” Illinois State Capitol to bring public awareness of the benefits of parks and recreation.

Ten years after becoming Wheaton Park District's Director, Ken established the district's Safety Committee (1985) and chaired it for the next 15 years until 2000. Shortly thereafter (1988) he joined the ASTM International (ASTM) F15.29 Subcommittee on Public Playground Safety. It was here that he learned the significance of the safety issues for playgrounds. As he began to give advice to others, he realized his own District was not “practicing what I was preaching.”1

Ken rectified that in 1989 when he created a comprehensive public safety program for the Wheaton Park District that encompassed all departments. The following year they started a systematic program to replace all out of date and dangerous equipment and ground coverings within the district. Since Wheaton Park was a Gold Medal winner and an acknowledged leader in the nation, this was a significant example.

He became a Certified Playground Safety Inspector (CPSI) of NPSI in 1994. He authored some of the chapters in the textbook for the CPSI course and served on the course curriculum, exam, and certification committees. He also has been an approved instructor for the CPSI course since 1996.

In addition to teaching playground safety, Ken is also an approved instructor for the NRPA and U.S. Access Board's Training program concerning the ADA/ABA Accessibility Guidelines for public playgrounds.

With Ken's extensive background in playground safety, park management, and government negotiations, in 2005 he was sent by the Clinton-Bush Tsunami Relief organization as part of a U.S. Aid team to create 100 play spaces for the Sri Lankan youth. This mission is very much in keeping with his community service through the years with the Rotary Club of which he was president 2002/2003.

Just before retiring in 2006 from the Wheaton Park District Directorship, Ken was on an IPRA Technical Advisory Committee and was awarded a Used Tire Recovery Grant to use recycled tires to develop a safe playground surface. The product is called SMARTE and has a critical height above 5 meters. It can be installed by volunteers or their own staff, and creates one square foot from each passenger used tire.

In 2008, Ken was appointed to the International Play Equipment Manufacturers Association (IPEMA) Voice of Play Board of Advisers. He joined Dr. Joe Frost and Ms. Teri Hendy in focusing the nation on the need for more outdoor play time for children. He called for a National Summit on the value of play, and his colleagues at Clemson University of South Carolina agreed. As a member of the planning committee he saw it come to reality in July of 2009. Out of this Summit the US Play Coalition was created.

Ken believes that “Play prepares people for many of the tasks required in their work and everyday life.” And that “Today’s playground safety needs are becoming more complex…more information and tools are needed to do a more effective and efficient job.” His fondest hope is “that every municipality, school district, and public play area owner and operator has at least one trained and certified staff member responsible for every public playground.”