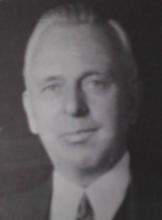 Lee F. Hanmer, sometimes called an “educational missionary for playgrounds,” was influential in the recreation and playground movement early in the 20th century.1 Known as a “kind, gentle, modest, friendly, understanding person,” Lee was an effective and industrious leader in organizations such as the Playground Association of America, the Russell Sage Foundation, the Boy Scouts of America, the Recreation Alliance, and the War Department Commission.2 He felt that playgrounds were of “the first importance, for the playground stands primarily for character building.”3

Born in upstate New York in 1871, Lee attended a teacher's college, the State Normal School at Oneonta, New York, and subsequently taught rural schools for two years. Lee then attended Cornell University in Ithaca, New York, where he was active on the rowing varsity crew and as the general secretary of the University Christian Association.4 After graduating from Cornell in 1900, he was the director of welfare work for the Phelps Dodge Company in Bisbee, Arizona.

In 1903 Dr. Luther H. Gulick, the Director of Physical Education of New York City schools, hired Lee to be a supervisor of physical training and an inspector of athletics in the city's schools. After four years, he left the schools and became the secretary of the Playground Extension Committee within the Russell Sage Foundation. Over the next two years, Lee was the secretary for this committee and the field secretary for the newly formed Playground Association of America.

As a field secretary, Lee traveled across America speaking about playgrounds and recreational needs of the community wherever he was invited. Through his “solid faithful work, energy, and enthusiasm,”5 he inspired “scores of cities to start providing playgrounds for their children, and he encouraged local committees who were pioneering in the face of difficulties, misunderstandings, and often ridicule.”6 Over a nine-month period Lee visited 52 cities in 22 states, where he took part in 92 conferences and meetings and 15 conventions.7

Advance planning and organization maximized Lee's day in each city: a morning meeting with the mayor and superintendent of the schools, a luncheon with the business groups, afternoon meetings with school leaders, social workers, or a woman's club, dinner with the city's “main financier,” and an evening speech to the community on recreation. By the time Lee caught the eleven o'clock train to his next destination, the community's decision makers had heard of the need for playgrounds and possible options to fulfill the need. For this he was known as “The Playground Drummer.”8

During that same nine months mentioned above, in the office Lee sent inquiry blanks to 1,213 cities, gathered 6,577 newspaper clippings on play and recreation issues, and wrote or dictated 3,610 letters. In May of 1908 he also published First Steps in Organizing Playgrounds, a booklet offering “helpful suggestions to committees and associations that are planning to begin or extend public playgrounds.”10

Through all these activities, Lee was considered “the best informed person as to the scope and development of the growing movement for play and recreation.” As such he lamented that “equipment seems to be about the first thing thought of in connection with playgrounds. In reality it belongs last. Location and supervision are vastly more important.”11 He felt that “the success or failure of a playground depends very largely upon the supervisor and the teachers.”12 To fill this need, Lee organized a series of district institutes of intensive instruction on play and recreation issues and practical needs. These institutes were one source for the Normal Course in Play, which the Playground Association later published.

The Russell Sage Foundation formed a Division of Recreation in 1909 and named Lee as director. He passed the secretary position in the Playground Association of America on to Howard Braucher and went to Europe to study public recreation. For three years, Lee led this division and then led the Foundation's newly formed Department of Recreation for 25 years until he retired in 1937.13

Over the years, Lee assisted in reshaping community Fourth of July celebrations into safer pursuits, defined Athletic Badges for the New York Public Schools Athletic League, was the first secretary of the Boy Scouts of America and then the chairman of the New York Council of Boy Scouts (1914), a proponent of utilizing school facilities for community recreation, a consultant on recreation legislation, and an organizer of the Recreation Alliance, a federation of 25 New York private agencies.14 Later, in 1926, Lee was among the very first recipients of the Boy Scouts of America Silver Buffalo Awards, along with scout founder Robert Baden-Powell and play movement leaders Joseph Lee and Howard S. Braucher.15

World War I brought recreational needs for service men, and in 1917 Lee was appointed to the executive committee of the War Department Commission on Training Camp Activities. As such he was responsible for the drama, motion pictures, music, and reading activities for the Army and later the Navy as well. He instituted the training of song leaders and bandmasters, published songbooks, and arranged group singing events as well as amateur “liberty theatres” and professional plays and musical concerts. He also established camp libraries. These recreational activities continued after the war ended to assist with the community music and dramatic recreation needs.

Among Lee's post-World War I activities were his leadership of the Sportsmanship Brotherhood; his continued involvement with the motion picture industry culminating in being chairman and director of the industry's Committee on Public Relations and Department of Public Relations, respectively; advising the American Youth Commission; and lecturing at the Training School for Recreation Leaders at the New York University.

The 1930s also saw the publication of his book Public Recreation, a comprehensive compilation of 14 current studies; however, since the book recommended a lower standard of playground open space than currently in use, Lee worked with George Butler in publishing an amending pamphlet entitled, “Space Requirements for the Children's Playground.”16

By then the playground was no longer for children only, but rather for the entire neighborhood. In fact, Lee felt the playground's reach was significant for the nation when in 1910 he declared: “The playground of today is the republic of tomorrow. If you want twenty years hence a nation of strong, efficient men and women, a nation in which there shall be justice and square dealings, work it out today with the boys and girls on the playground.”17