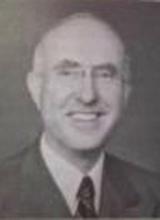 Howard S. Braucher provided a clear vision of the role and importance of recreation for all people, guided the emerging American recreation movement, and anchored the National Recreation Association as a supportive organization of play and recreation. He believed that, “Play is the great creator of personality, after worship the surest means of growth,” and that “Society has ever been in great peril when it has failed to provide recreation and adventure as well as food... The indomitable spirit of man is his own undoing if he has no outlet for adventure, for living, for recreation.”1

Born in Royalton, New York on July 19, 1881, Howard earned a Bachelor of Arts degree from Cornell University in Ithaca, New York in 1903. He furthered his education at the Union Theological Seminary in New York City, a liberal Christian seminary, which had recently founded the Union Settlement House in East Harlem.2 While studying, Howard worked at the Church of the Covenant located on 42nd Street and the Madison Square Church House in midtown Manhattan.

Howard then attended the Teacher's College, Columbia University in New York City, a graduate school of education that taught “a new kind of schooling for the teachers of disadvantaged children in New York City, one that combined a humanitarian concern to help others with a scientific approach to human development.”3 At that time the New York School of Philanthropy began offering one of the first courses of study in social work in the United States. Howard completed their first eight month graduate program4 before accepting a position as the secretary of the Associated Charities of Portland, Maine in 1905.

While in Maine, Howard volunteered for three years at evening recreation centers and studied the recreation movement in the cities of Maine. In a speech in 1909, he declared,” Except a people gain and retain the play spirit which is natural to little children, they do not enter into the possibilities of social progress.”5

That same year the Playground Association of America (PAA) was looking for a full-time secretary and they offered the job to Howard. He accepted with the condition that the Association's mission would be to become “the spearhead of a nation-wide movement to bring broad recreation opportunities to all the people, regardless of age, sex, race, or religious faith.”6 He remained with PAA for the next 40 years and was credited with saving the American recreation movement by a colleague: “When you entered the field we were pulling in every direction – just floundering. Your clear thinking and your understanding of men and affairs soon righted the ship and, as helmsman, you have kept it on a steady keel ever since.”7

Part of this clarity of thought included the focus on recreation versus playgrounds, building a national movement versus building the PAA, promoting public programs versus private charity programs, insisting on local control of programs versus federal government standardized mandates, and teaching the greater importance of a paid, year round play director than more playground equipment. Howard's editorials in Recreation, PAA's journal, furthered this clarity. He had “a remarkable talent for expressing the significance of recreation in its various ramifications and relationships.”8

Howard formulated and published Nineteen Recreation Principles, which expressed his belief that everyone should have an equal opportunity for life and happiness in a democracy. He felt that, “Recreation has become in its own right a giant – a giant not in size, not in numbers, but in innate strength and in the contribution it is making and going to make to the world in the next hundred years.”9 In order to do so, in 1912 Howard had the foresight to urge procurement of strategic lands to be reserved for green spaces before developments made land scare and costly.

World War I brought a recreational opportunity that led to the spread of the play and recreation movement across America. The War and Navy Departments asked the National Recreation Association (NRA), formerly the PAA, to organize recreation centers near military camps to provide wholesome activities for soldiers. Utilizing a staff of 2,500 and 60,000 volunteers they created the War Camp Community Service. After the war when the camps were disbanded, the public who had served and been served found ways to continue the recreation opportunities they had come to see as vital. Allen T. Burns, a social worker at that time, said that the War Camps “had a wider influence on public opinion with reference to recreation than anything he (Howard) ever did.”10

Another result of World War I was the realization that many youth did not physically qualify for military service. The U.S. Commissioner of Education asked the NRA to find a solution. Howard led the formation of the National Physical Education Service, a national campaign for each state to require physical education in all elementary and secondary schools. This campaign led to the growth of the physical education profession.

With the increase of recreation facilities in the 1920s, the need for qualified recreation leaders became acute. Howard established the National Recreation School in New York City in 1926. This one year graduate school program supplied recreation executives and the leadership training programs through the Department of Agriculture's Extension Service, and NRA's traveling institutes supplied able volunteer leaders. Further, recreation leaders were trained and utilized during the Depression through NRA's collaboration with the Works Progress Administration, the National Youth Administration, and the Civilian Conservation Corps.11

During the Depression, the President's Organization on Unemployment Relief requested Howard to create a program for recreation during the enforced free time of the unemployed. Representatives from many organizations, under Howard's leadership, created the National Education-Recreation Council in 1932.

Howard's involvement for the professions of social work and recreation began in 1922 with the formation of the National Social Work Council, which later became the National Social Welfare Assembly. He served as the chairman for the first 18 years until 1940. Through his involvement in the emerging social work field, Howard “transformed the community chest movement from one primarily of relief and alleviation to a movement of construction and prevention.”12

In 1937, he assisted in establishing the Society of Recreation Workers, a formal organization of professional recreation workers.13 In recognition of his part, Howard was given Membership Card No. One and served on the society's Executive Committee. He also helped establish the National Health and Welfare Retirement Association, which included local recreation workers that weren't included in other retirement plans.

World War II brought another opportunity for establishing a recreation program, which Howard organized under the Federal Security Agency. At the close of the war Howard opposed the formation of a permanent Bureau of Recreation under the Federal Security Agency believing that the federal government was not the most effective in promoting recreation. However, due to the increase of uncoordinated recreation facilities and programs through a variety of federal agencies, Howard initiated the Federal Inter-Agency Committee on Recreation in 1946. This committee was to coordinate the fifteen different federal agencies involved in recreation at that time.

Outside the NRA's domain, Howard chaired the committee that organized the Boy Scouts of America in 1910. He also joined in forming the Snag Club, a small group that met monthly to seek solutions to “knotty” problems related to federal, state, or local governments.14 He was affiliated with many organizations, including the United States Chamber of Commerce, the Federal Council of Churches, the International Labor Office, and the Advisory Committee of the National Youth Administration.

After Howard's death on May 22, 1949, the NRA summarized his numerous contributions thusly: “He was a social engineer for national welfare, crusader for creative play and recreation as a public responsibility, promoter of wider opportunities for the right use of leisure by adults, statesman and organizer during World War I of War Camp Community Service, selfless instrument for social progress and far-seeing leader and builder of the National Recreation Association.”15