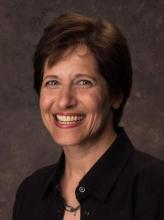 Dr. Kathy Hirsh-Pasek believes the trend toward replacing play time for children with academic time is a national crisis. She declares, “The science is clear.” Play reduces stress, facilitates social development, improves working memory, develops self-control, and increases attention spans. Concerning play time, she has concluded that “failing to preserve it in the lives of children could be a disaster.”1

Dr. Hirsh-Pasek began her education at the University of Pittsburgh in 1971, and took a junior year abroad in psychology and music in 1973 at the Manchester College at Oxford University. In 1981, she was awarded her Ph.D. in Human Development and Psycholinguistics from the University of Pennsylvania in Philadelphia, Pennsylvania.2

With funding from the Institute for Educational Studies, the National Science Foundation, and the National Institutes of Child Health and Human Development, Dr. Hirsh-Pasek has researched infant cognition and early language development since 1979. Her research has led to the publication of both academic and popular press books as well as over 100 research articles. She served as an Associate Editor of Child Development from 2001-2007 and was the treasurer of the International Society for Infant Studies from 2004-2010. She is an American Psychological Association spokesperson on early childhood development for national publications, radio interviews, and television shows.

Drawing on her background in music, Dr. Hirsh-Pasek collaborated with Mona Goldman-Zakheim in writing and producing five albums of children's music, which were released from 1987-1993. She also performed at the White House during Easter Day activities in 1994.

In 1990, Dr. Hirsh-Pasek broadened her interest in early development to the study of play and playful learning. In 2003, she co-authored Einstein never used flashcards: How our children really learn and why they need to play more and memorize less with her long time collaborator Dr. Roberta Michnick Golinkoff. They used research findings to counter the growing emphasis on only academic achievement. Specifically, they refuted three social myths concerning children and learning: that learning faster is better, that children are empty of knowledge and need to be filled with facts, and that the social and emotional development of children is not important enough to take time from academic pursuits. They concluded that, “Young children do not learn through workbooks and flashcards. They learn best through meaningful exploration and play. It's time to return childhood to children and bring back the building blocks!”3

The Multiple Sclerosis Society awarded Einstein never used flashcards their prestigious Books for Better Life Award in the Psychology division. Playworks, a permanent exhibit based on their book and research, was established at the Children's Museum of Manhattan in 2006. The book is published in six languages.4

The belief that play is essential for learning led to the 2005 Play=Learning research conference at Yale University, which was organized by Dr. Hirsh-Pasek, Dr. Golinkoff, and Dr. Dorothy Singer.5 Their book, Play=Learning, which was published the following year, brought the research evidence on playful learning to the general public.

A Mandate for Playful Learning in Preschool, published in 2009, was co-authored with Dr. Golinkoff, Laura Beck, and Dr. Singer. In the book they present scientific evidence that children need both unstructured free play and guided playful learning experiences, that academic and social development are interconnected, and that children learn best when they are involved and enjoying themselves.

Her book, Becoming Brilliant: What Science tells us about raising successful children (Becoming-Brilliant.com) released in 2016, was on The New York Times’ Best Seller List in both Education and Parenting.6

Dr. Hirsh-Pasek was also the co-founder of An Ethical Start, a program in moral development created in 1999 for the Jewish Community Centers of North America and funded by the Stephen Spielberg's Righteous Persons Foundation. She also served on the language and literacy team in developing the California Preschool Curriculum in 2008.7

Dr. Hirsh-Pasek is passionate about “bridging the gap between research and application.”8 She and Dr. Golinkoff received the American Psychological Association's Distinguished Service to Psychological Science Award in 2009 for their work in making psychological research available to policy makers and the public through “publications, public lectures and advisory roles with child-related organizations.”9

Dr. Hirsh-Pasek has been an advisor for Sesame Workshop, Fisher Price Toys, K'NEX, Highlights, The Cartoon Network, and children’s museums in North America. She also served on advisory boards for the Alliance for Childhood, the Fred Rogers Center, and for CIVITAS and their Born Learning Series.

She is on the Advisory Board of the Boston Children’s Museum, Jumpstart and Disney Junior and is an invited blogger for the Huffington Post.  She worked on the language and literacy team for the development of the California Preschool Curriculum, is on the Core Team for the LEGO Research Network, and is a member of the Steering Committee of the Latin American School for Educational and Cognitive Neuroscience.10

In 2010, Dr. Hirsh-Pasek co-founded the Ultimate Block Party in Central Park, New York City. Over 50,000 New Yorkers gathered to “celebrate the science of play.” The organizers wanted to take the research on the academic importance of play “into the streets, subways, and supermarkets.” They did so with a Sesame Street sing-a-long, “New York's Largest Simon Says” activity, a Radio Disney Dance Party, and lots of recycled boxes, tubes, fabric, ribbon, and crates for creative play.

Dr. Hirsh-Pasek served on the executive committee that is spreading the Ultimate Block Party experience to other cities as a first step toward reversing the national trend that has been replacing play with “drill and kill” memorization for standardized tests. This academic emphasis “has substantially reduced or eliminated opportunities that children have for exploring, interacting, and learning on their own.” Dr. Hirsh-Pasek's conclusion is that, “Although play is often thought frivolous, it may be essential” for learning.11

Dr. Hirsh-Pasek is the Stanley and Debra Lefkowitz Faculty Fellow in the Department of Psychology at Temple University and is a Senior Fellow at the Brookings Institution.  Director of Temple University’s Infant Language Laboratory. She is a Fellow of the American Psychological Association and the American Psychological Society.  She is the President and also served as treasurer of the International Association for Infant Studies.

Kathy is a member of the Research Council for America’s Promise, an organization started by Colin Powell, and has been a spokesperson on early development for national media like the The New York Times and NPR.

Among her many awards she is the recipient of the AERA Outstanding Public Communication for Education Research Award, American Psychological Association’s Bronfenbrenner Award for Lifetime Contribution to Developmental Psychology in the Service of Science and Society, the American Psychological Society’s James McKeen Cattell Award for “a lifetime of outstanding contributions to applied psychological research,” The Society for Research in Child Development Distinguished Scientific Contributions to Child Development Award and the Temple University Great Teacher Award and the University Eberman Research Award.12