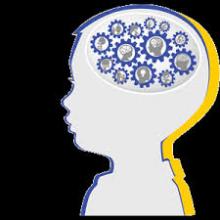 Cognitive development is the natural mental process of growth of perception, memory, judgment, reasoning, and other conscious intellectual activity.1

Jean Piaget (1896-1980) developed a comprehensive theoretical framework for studying the intellectual development of the child through acquiring intelligence, increasing complex thinking, and problem-solving abilities from infancy to adulthood.2

Piaget broke down the stages of development by ages. Birth to 24 months is the Sensorimotor period where development is observed from simple reflex motions to more repetitive and coordinated responses. The Preoperational period (ages 2-7) starts with increased verbal skills that become more social as the child ages. The child also begins to develop intuitive logical thinking in some areas. The Period of Concrete Operations (ages 7-12) shows evidence of organized, logical thought and concrete problem solving. The Period of Formal Operations, where thought becomes more abstract incorporating formal logical thought, happens from 12 years and up.3

Play is an important element in Piaget’s theory. It is a vehicle for the child to understand the world around him as well as an indicator of the child’s cognitive development.4 Piaget determined that play is described in three stages: functional play (sensorimotor) such as an infant grasping a rattle; symbolic play (experience) which adds constructive concepts as well as pretend activities; and games with rules which build social skills.5

Maria Montessori saw play as the work of the child. Brain development is linked through play with sensorimotor, cognitive, and social-emotional experiences. Toys are the tools through which children discover how things work, develop their imagination, solve problems, build muscle control, and learn to cooperate with others.6

Cognitive skills, or learning skills, are used to help the learner process, analyze, and store information and feelings as well as read words, understand concepts, and develop mental pictures.

Learning is a complex process with many interrelated cognitive skills involved. Some critical skills include: attention, working memory, processing speed, long-term memory, visual processing, auditory processing, and logic and reasoning. These skills often overlap and are interdependent of each other.7

Learning becomes difficult and frustrating when there is a particular weak cognitive skill. Testing of cognitive skills can be done to identify any weakness that can then be improved to help the learner process the information given. Improved cognitive skills promote better and easier learning, which benefits the learner with greater success in school, work, and all areas of life.

Recent research in how exercise affects cognitive ability has shown that children who are more fit perform better academically. Ironically, the federal No Child Left Behind program, which encourages more academic class time and less art, music, and physical education in order to raise academic test scores, has not proven to be effective. A California Department of Education study showed that fit children scored twice as well on academic tests as those that were unfit.8

As our population ages, there is increased interest in observing the effects of aging on cognitive abilities. With increased incidence of cognitive decline and dementia growing, there have been several studies that indicate a correlation with a sustained exercise program and improved cognitive skills.9 While seniors have often used crossword puzzles and other brain teasers to keep their mental abilities sharp, there is also an increased interest in developing video games that help maintain healthy cognitive function.10