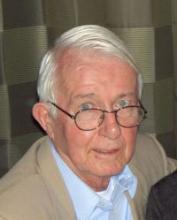 Paul Hogan, as a young man, served in the Massachusetts State Guard, the US Merchant Marines, and finally two years in the 11th Airborne Division. After military life, he began civilian life as a carpenter and eventually became partner in Hogan & Lynch Construction Company, Inc. in 1956. They specialized in small and complicated military contracts. In 1958, he volunteered at his children's nursery school and was assigned the playground, which he found decrepit and unsafe. This began Paul's interest in designing, constructing, and improving playgrounds.

In the 1960s, Paul was involved with the playground industry, beginning with inner city Philadelphia, where he worked with community leaders and youth groups to build playgrounds on vacant and abandoned lots as Director of Construction for the Neighborhood Renewal Corps. He directed the first War on Poverty Development Program at the University of Pennsylvania in the summer of 1964, where he developed and ran a vocational training program for 100 high school dropouts. From 1965-1967 Paul was asked to serve in the Peace Corps as a Regional Director of 80 Peace Corps Volunteers in Colombia.

In 1972, Paul was directing the Playgrounds for Free program, which was providing recreational activities after Hurricane Agnes in Pennsylvania. Playgrounds for Free became his first published book in 1974. The following year he co-authored Ways to Play. He also authored numerous articles for newspapers, journals, and magazines.1

With a BA Degree from Goddard College in Plainfield, Vermont, Paul became an instructor at the Philadelphia College of Art and an adjunct Associate Professor at Drexel University in 1976. He began publishing Playplans, a bi-monthly magazine, and saw his third book, A Brief History of Children's Play, published.

President Jimmy Carter appointed Paul as an Honorary Commissioner of the US National Commission for the International Year of the Child in 1979. He also served on ASTM International (ASTM) Subcommittees on Public Playground Equipment and Playground Surfaces.

The 1980s found Paul as a consultant and lecturer concerning play, playground design, and playground safety throughout the United States and into Canada, England, Papua New Guinea, Australia, and Russia. As a consultant he would usually involve the local community in constructing or upgrading the playgrounds. From his experiences, he wrote The Nuts & Bolts of Playground Construction, which was published in 1984.

Drawing on his safety awareness, playground and surfacing knowledge, construction, and designing background, Paul used a $45,750 grant from the Centers for Disease Control and Prevention to develop a surface impact tester with Paul Bamburak of Alpha Automation. In 1996, Paul was awarded the patent for the Triax 2000, which is an ASTM approved, portable, free-fall playground surface impact testing device.”3 Equipped with a hand-held computer, the Triax 2000 measures the Gs, Head Injury Criteria, and velocity of each surface impact assessment.

Paul also held a patent for the “A” Missile, which is an artificial turf impact tester.4 Paul founded Playground Clearing House as a way to market these testing apparatuses.  Using his playground safety testing equipment, Paul quantified the safety of playground surfaces with the goal to improving playground safety. He continued for many years to consult, inspect, and test playgrounds around the country as well as innovate new products, ideas, and methods as Parks and Recreation Director for Charlestown Township, Chester County, Pennsylvania.

Paul Hogan passed away in February of 2021.