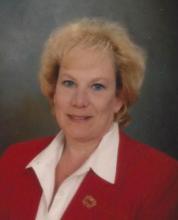 A lifetime of playground safety advocacy began in 1969 when Esther's young daughter was pushed down an 8' high rocket climber slide onto concrete in a play area with a sign “for under 5 year old children.” Though her daughter was caught and only had scratches, Esther contacted city and state authorities and the U.S. Consumer Product Safety Commission (CPSC) about the unsafe equipment and persisted until the slide was closed and then eventually removed. In the process she discovered that there weren't any safety regulations for playgrounds.

While advocating for playground safety, Esther was working for a wholesale lumber company. Henry Lewis, one of their clients who built schools, offered her a position in another company he owned, Play Systems of Maryland, Inc., which sold commercial playground equipment to builders. Esther’s first phone call was from Ted Human, a landscape architect. She worked with Ted on many of his projects, and he introduced Esther to other landscape architects regarding their play area projects. This was a partnership she found mutually beneficial. She became an affiliate of the Maryland chapter of the American Society of Landscape Architects (ASLA) and noted that in her career “just about every project nationwide has been designed with a landscape architect, ensuring layout and incorporating natural place spaces in play areas.”3

In 1973 the U.S. Consumer Product Safety Commission formed a public playground division with one of their engineers, John Preston. Esther began assisting John with product research for the Commission. She formed “Esther's Specifications” which were unofficially “blessed” by her friend, John Preston, prior to the Commission having their own.4 Esther’s specifications included common sense details such as deck spacing and entrapment space standards, protective barriers, hand holds, and most of all each space and unit was designed to be developmentally and age appropriate for each age group. John introduced Esther to Dr. Fran Wallach, and Dr. Wallach became a friend and mentor to her.

At the same time Esther was hired to be a part of the design team at Maryland Committee for Children (MCC), an advocacy committee concerned with children's safety. She also collaborated with Dr. Wallach on a variety of projects.5

Since none of the commercial playground companies that PSM, Inc. worked with would accommodate Esther's higher safety “requests,” in 1974 they launched their own playground line utilizing treated Southern Yellow Pine for their custom play structures and amenities, and used hardwood chips for surfacing, an innovation at the time. Esther's previous studies in Elementary Art Education from Maryland Institute College of Art, her collaboration with the Early Childhood Education Department of Towson State College, her experience designing equipment for university campus child care study lab schools/child care centers, and her work with landscape architects now assisted her in designing inclusive play spaces and equipment.

PSM, Inc. prospered and was purchased by Action Playgrounds, Inc., and Esther continued to design and promote playground safety for the new company. While working for Action Playgrounds, Inc., one of her designs was for a donated play area by the Mitchell Family for their children attending a private school. She created a unique challenging layout at the time, with hexagon decks, chain bridges, etc. Bart Mitchell was inspired to start another company, besides his main business, and established Mitchell Industries, Inc., a nationwide play equipment factory, distributor for parts, sales, and a fencing division. He hired Esther in September of 1982, and she continued to design safe play spaces and equipment, now with the assistance of in-house engineers and their own 3D computer design software, and a large sales staff. Mitchell Industries was very successful.6

After years at Mitchell Industries the company was sold and Esther formed E & S Recreation, Inc. and found a manufacturer to create her playground equipment designs. Three years later, she bid on and won her first government contract for the Social Security Administration (SSA) for her designs for two child care centers' play areas: Woodlawn and Metro West in Maryland. Since then she has designed or renovated SSA and General Services Administration (GSA) Child Care Centers all over the country as well as for military bases, corporate child care centers, public and private schools, universities, religious institutions, hospitals, parks, and inter-generational facilities.7

In 1990, Governor William Donald Schaefer of Maryland hired her to be a consultant on the first State of Maryland public-private child care centers. She was the child care center design specialist, and an on-site project manager for state projects.8 She was also asked to join the Maryland State Department of Business and Economic Development Committee (DBED). At this time she sold E & S Recreation, Inc. and formed Custom Playgrounds and Child Care Design Consultants, since she was constantly traveling for the State.9 As she continued to design play spaces with landscape architects, she also evaluated bids, coordinated projects, and performed inspections. In 1993 she consulted and designed for MCC a Child Care Center for the Medicare Headquarters in Woodlawn, Maryland.10

Early on, Esther became involved with the U.S. Access Board concerning Accessible Children's Facilities and Play Areas for the Americans with Disabilities Act and Architectural Barriers Act (ADA/ABA). She often designs specifically for children with special needs, such as Gallaudet Kendall School for hearing impairments, Maryland School for the Blind, Sheppard Pratt Health System for Children with autism, and The Children’s Guild for children with trauma disorders.

Esther has been a guest lecturer and consultant for the Early Childhood Education Department at Towson University and Catonsville Community College assisting professors and students with infant toddler indoor and outdoor child care spaces. She designed the play space for the latest Child Care at Towson State University, as always with a team of landscape architects.

Besides being an active member at ASTM International, she is also a member and consultant to Child Care Centers regarding Center Accreditation from the National Association of Education for Young Children (NAEYC). As a safety specialist, she has been a Certified Playground Safety Inspector (CPSI) since 2007 and maintains a Central Contractors Registration (CCR) certification, now called The System for Awards Management (SAM).11

Considered a Specialist in Early Childhood Indoor and Outdoor Play Areas, Esther incorporates natural amenities to instill an appreciation of the natural environment in every design package. Two clients who have chosen that option and have earned the National Wildlife Federation's Official Certified Wildlife Habitat award are the Gallaudet University in Washington, D.C. and The Tatnall School in Wilmington, Delaware.12