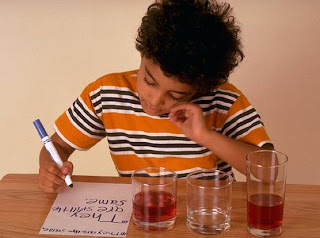 The concrete operational stage is the third of four stages proposed by Jean Piaget to describe the cognitive development of infants, children, and adolescents. Piaget was a developmental biologist who became interested in closely observing and recording the intellectual abilities of children. Piaget proposed that cognitive development progressed in stages and categorized these stages by children’s ages.

Piaget recognized that children could pass through the stages at various ages other than what he proposed as normal, but he insisted that cognitive development always follows this sequence and that stages could not be skipped. Each stage marked new intellectual abilities and a more complex understanding of the world.2

The concrete operational stage is characterized by the development of organized and rational thinking. Considered by Piaget as a turning point in children’s cognitive development, the beginning of logical thought shows the children are mature enough to use operations (rules) to solve problems in a logical fashion, but can only apply logic to physical objects, hence concrete operations. They are typically not yet able to think abstractly or hypothetically.3

The acquisition of operations refers to the mental representations of dynamic as well as static aspects of the environment. In the sensorimotor period, children learned to physically manipulate things to form a mental representation of the object. In the preoperational stage, children could think about things symbolically in static states. Finally in the concrete operational stage, children are able to represent transformations as well as static states of objects.4

Using logical mental operations on an object is the essence of knowledge. To know is to modify and transform the object and to understand the way the object is constructed. At this stage children can decenter, or focus, on more than one aspect of a task and use reversibility to mentally work through a series of mental actions and then reverse the process. Children are able to classify things in a hierarchical way based on different aspects of the items. They are also able to order items by dimension such as length or diameter, which is called seriation. Spatial reasoning, an understanding of space that allows children to give directions from one point to another, is achieved in the concrete operational period. The ability to use concrete operational thinking depends on the children’s concrete experiences, and without a familiar context, they are unable to think abstractly.5

The concrete operation of conservation is understood by children at this stage. Conservation is the ability to understand that something stays the same in quantity even though its appearance changes, that redistributing material does not change its mass, number, volume, or length.6 Piaget conducted several tests to determine when children obtained the ability of conservation. He showed children two identical rows of checkers, two identical glasses of water, and two identical clay cylinders. Once the children agreed that each set was identical, the objects were transformed that changed their appearance, but not their dimensions. One row of checkers was lengthened, one glass of water was poured into a different shaped glass, and one clay cylinder was molded into a ball. While younger children were misled by appearance and could not perceive that their dimensions remained the same, children in the concrete operational stage by about the age of 7 could master the concept of conservation.7

School-age children think differently than young children. They have achieved cognitive abilities that allow them to solve problems using reasoning skills and to remember important information. To memorize information they use strategies to organize the information into a logical order, to rehearse the information to be remembered, and to retrieve the information when needed. Children now have the ability to use selective attention to be able to focus on the task at hand and screen out distractions. The more information children learn at this stage, the more substantial cognitive growth is acquired.8

The ability to learn rules and operate according to them makes formal education possible. Most of the basic educational skills of reading and arithmetic are based on rules, such as phonics rules, spelling rules, and arithmetic rules. Learning rules also makes it possible for children to play games with others. The ability to make their own games and rules and to abide by the rules created is an important indicator of mature social behavior with peers.9