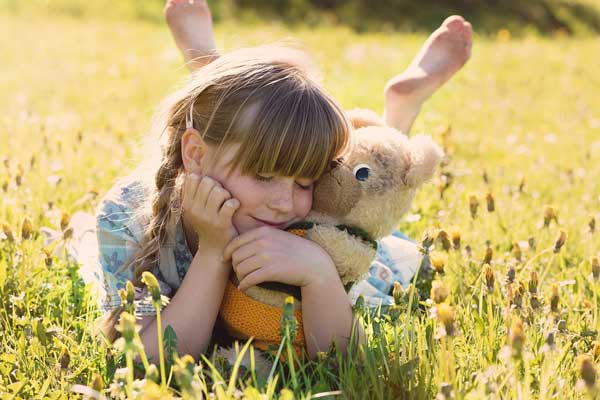 The preoperational stage is the second of four stages proposed by Jean Piaget to describe the cognitive development of infants, children, and adolescents. Piaget was a developmental biologist who became interested in closely observing and recording the intellectual abilities of children. Piaget proposed that cognitive development progressed in stages and categorized these stages by children’s ages.

Piaget recognized that children could pass through the stages at various ages other than what he proposed as normal, but he insisted that cognitive development always follows this sequence and that stages could not be skipped. Each stage marked new intellectual abilities and a more complex understanding of the world.2

During the preoperational stage, children learn to use the symbols of language. Their thinking is pre (before) operations, meaning they cannot use logic or transform, combine, or separate ideas.3

Between the ages of 2 and 7, preoperational children are described as being egocentric. They are controlled by their own perceptions, thoughts, and ideas, and cannot consider the viewpoint of others. The preoperational stage is divided into two substages: the symbolic function substage (ages 2-4) and the intuitive thought substage (ages 4-7).

Around the age of 2, the emergence of language demonstrates that children have acquired the ability to think about something without the object being present. The ability to represent objects and events mentally permits more complex symbolism. This is seen as young children express themselves in their artistic attempts of scribbling to represent things they are familiar with such as houses, trees, flowers, and people.

Because of their egocentrism, children in the symbolic function substage have difficulty distinguishing between their own perspectives and others. Assuming that other children share their same feelings and thoughts can lead to difficulty in play situations when they meet resistance to their ideas of how their play should be done.4 The main function of speech at this stage is to externalize their own thinking rather than trying to communicate with others. Their conversations often do not connect with what others are saying. Thus, young children often engage in parallel play alongside others rather than playing with them. They have not yet grasped the social function of language or rules.5

Because young children develop an attachment to symbols, the concept of sharing objects or persons they consider their own is difficult for them. Often mistaken by adults as selfishness, children think of their toys as part of themselves, which makes them unwilling to give them up. When a new baby comes into the home, young children perceive that their mother is theirs alone as part of their symbolic thinking of “me and mine,” and resistance to the “intruder” is often seen.

A kind of magical thinking also occurs in believing that events that happen together cause one another. Therefore, children often become attached to a blanket or a stuffed animal, because on one occasion that object was associated with comfort and good feelings, and they subsequently believe it causes good feelings and become reliant on it.6

Young children become increasingly adept at using symbols, which is evidenced by their playing and pretending. Role playing as mommy, daddy, or other significant people they have observed as well as using objects to represent something else become important at this age.7 As children discover dangers and unpleasant people and experiences, they may begin to express their fears in dreams and in symbolic play. Because of their feelings of powerlessness, superhero play often holds a fascination for them to help them feel more powerful.8

Piaget described preoperational children as viewing the world of nature as alive, conscious, and having a purpose. He used the term animism to describe the children’s belief that inanimate objects, such as their toys and teddy bears, as having human feelings and intentions. He identified four stages of animism. Up to the ages of 4 or 5 children believe that almost everything is alive and has a purpose. From ages 5 to 7 only objects that move have purpose. In the next stage for children ages 7 to 9 only objects that move spontaneously are thought to be alive. By the age of 9 to 12 children understand that only plants and animals are alive.9

Preoperational children between the ages of 4 and 7 enter the intuitive thought substage. Primitive reasoning begins with the children’s thought processes changing from symbolic thinking to intuitive thinking. Children can organize objects into primitive collections, but not in a consistent manner. Because they tend to only be able to focus, or center, on one attribute of the objects at a time, their organization might be by shape one time and by color another. This is called centration, and once children can move beyond this limited thinking, they can emerge into the abilities of classification and conservation that become apparent in the concrete operational stage.10

Piaget described the preoperational stage more on the limitations of the children’s thinking and the mental tasks they were unable to do. They included the inability to decenter, conserve, understand that objects can be organized into a logical order, and to carry out inclusion tasks. He conducted a number of experiments on the conservation of number, length, mass, weight, volume, and quantity. Conservation is the understanding that something stays the same in quantity even though its appearance changes. Preoperational children focus on how an object appears now and are unable to track transformations. They also cannot appreciate that a reverse transformation would return the material to its original state. These abilities are developed during the concrete operational stage that follows.11