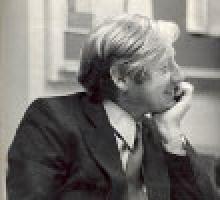 As a lifetime student of play, Brian Sutton-Smith was one of the foremost play theorists of his time. With over sixty-five years observing, researching, and teaching in the fields of educational psychology and play theory, his work resulted in more than 350 books and articles that are stored at the Brian Sutton-Smith Library and Archives of Play located at The Strong in Rochester, New York.1

Sutton-Smith was born in Wellington, New Zealand, in 1924. He spent his childhood in the seaside suburb of Island Bay where he enjoyed the freedom of playing freely with his friends in rough and tumble play that he called “feverish exploits.” In 1942, he attended Wellington Teachers’ College while he also studied educational psychology at nearby Victoria University of Wellington, where he applied his childhood play experiences with studies of current theories of play.2

As a teacher of elementary school children, Sutton-Smith discovered that there were very few books for children written by New Zealanders. This led him to write three books based on his play exploits, which were well-received by children and criticized by some authorities on the Education Boards for displaying what they felt was “antisocial behavior.” Our Street was published in 1950 followed by Smitty Does a Bunk in 1961 and The Cobbers in 1976.3

Between 1949 and 1951, Sutton-Smith studied the play and unorganized games of New Zealand children on a university PhD research grant. The massive documentation he produced in his research resulted in his being awarded a Fulbright Scholarship in 1952 to study in the United States. Before arriving in the U.S., Sutton-Smith went to England, where he was invited to speak to the British Folklore Society at its annual meeting in Belfast. While in London, he made friends with the noted folklorist, Peter Opie.4

While studying in America, Sutton-Smith had the opportunity to work with several different universities and scholars. He reviewed existing play research at the University of California Berkeley, explored sociological game studies with David Reisman and Bruno Bettelheim at the University of Chicago, and worked with Fritz Redl at Wayne State University in Detroit investigating anger in children.5

In 1954, Sutton-Smith returned to New Zealand, where he worked with special education authorities to help set up summer camps for New Zealand children who needed therapeutic help. He also taught elementary school in a small rural area. He received his PhD in educational psychology that same year, the first in that field given in New Zealand.6

His stay in New Zealand was short-lived, and he soon immigrated to the United States where he continued his work in play theory while teaching at several institutions. From 1957 to 1967, Sutton-Smith taught psychology and directed programs in developmental psychology at Bowling Green University. From 1967 to 1977, he taught developmental psychology at Teachers College, Columbia University, New York, and he taught psychology, education, and folklore at the University of Pennsylvania from 1977 to 1990, where he retained the title of Professor Emeritus.7

Sutton-Smith’s body of scholarly work on play is quite extensive. His most noted book is The Ambiguity of Play published in 1997. This resulted from his twenty-year involvement with The Association for the Study of Play, an organization he had helped create. Having worked with a diverse range of scholars from a variety of fields, such as anthropology, sociology, folklore, psychology, history, and philosophy, Sutton-Smith discovered that people have different ideas about play based on their presuppositions. Thus, he formulated seven rhetorics of play to describe play as “either a form of progress, an exercise in power, a reliance on fate, a claim for identity, a form of frivolity, an issue of the imagination, or a manifestation of personal experience.”8

Some of his other important published works are:

Sutton-Smith was involved in working with toy companies and research projects about toys and play that resulted in receiving awards from the BRIO and LEGO toy companies. He also consulted on film projects on toys and play in Great Britain, Canada, and the United States.10 Among his many other awards, he received Lifetime Achievement Awards from both the American Folklore Society and The Association for the Study of Play.11