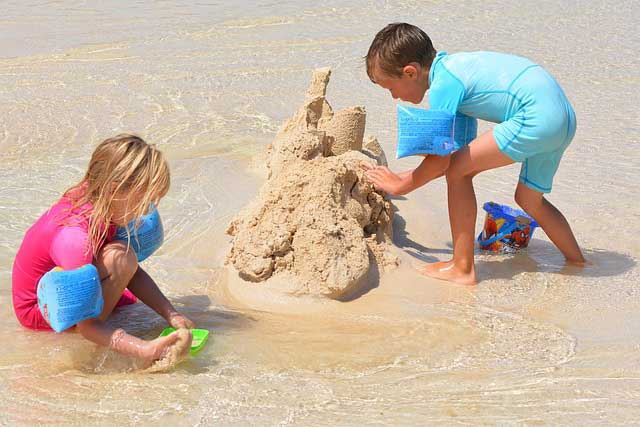 When studying play development in young children, parallel play is a description of children playing side by side, but not interacting with each other to continue their play. They occupy space near each other, but are involved in their own play with their own toys or materials. They may talk, but each has their own conversation with no attempt to engage the other. This stage of play has often been thought to be a bridge between solitary play and social play.1

In 1932, Mildred Parten, at the University of Minnesota’s Institute of Child Development, developed a system for classifying participation in play by children that has been widely accepted. Her six stages were Unoccupied play, Solitary play, Onlooker play, Parallel play, Associative play, and Cooperative play. Her theory was that as children grew older with improved communication skills and more opportunities for interaction with other children, their solitary play would become more social.2

Children learn about their world and how to interact with others through play. Initially, babies spend much of their time in solitary play exploring all aspects of their environment. Learning to play alone gives children the time to think and explore how their world operates. They manipulate objects and engage in symbolic play becoming familiar with objects, actions, and ideas. As they become toddlers, their mobility opens them up to more social exposure.

From the age of 12 or 18 months continuing through at least the age of 3 years, children’s first form of social interaction is parallel play. As children play next to each other, they occasionally observe what the other one is doing and often modify their play accordingly. Parallel play helps children learn to confidently play alongside others which is especially seen as an aid for neglected children or children with behavioral disorders who aren’t comfortable with social interaction. Parallel play is sometimes seen as a coping mechanism for children who want to play from a distance until they are comfortable enough to socialize.3

Children at this age can be very egocentric and have difficulty taking another person’s perspective. Learning to share and empathize with other’s needs requires the ability to take another’s point of view. Social skills take time to develop, and parallel play can lead to the building of relationships and learning social skills, such as how to share.4

Parallel play does not necessarily disappear from a child’s life as he becomes more social. There are many activities, such as constructive play with blocks, artwork, and jigsaw puzzles, that can be done alone or alongside others. On the playground, many play equipment elements promote solitary or parallel play as well as social play, such as swinging, sliding, and climbing.5