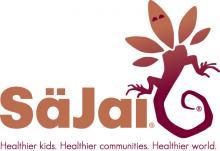 The Säjai® Foundation was formed in 2006 by Barb King to “educate and motivate youth ages 6 to 11 to make healthy choices that will serve them for a lifetime.”1 As a Minnesota based nonprofit organization, the foundation works with local communities in educating children to include “healthy eating, physical activity, and outdoor exploration” in their lives.2 The Säjai Foundation is also using these key lifestyle choices to combat childhood obesity.

Säjai (pronounced “saw-zhay”) was a “wise name” given in a mythical dialogue between a Lizard and a Sage plant. Building on the theme of honoring wisdom, the Säjai Foundation offers three programs: Wise Kids, Wise Kids Two, and Wise Kids Outdoors. These after school wellness programs include workbooks, learning activities, and physical activities for elementary-aged youth.3 The Wise Kids Outdoors can also be used in a summer camp setting.

All three programs utilize their “Calories IN = Calories OUT” Energy Balance concept, meaning that energy taken in through food and drink should be balanced with energy expended through physical activity.4 The 9 week lessons are based on a Learn-Do-Play format to reinforce the new healthy lifestyle choices the children are learning.

In 2009, the Säjai Foundation initiated their first annual Learn-Live-Lead fundraising event to increase awareness of their mission. They also offer teleconferences, webinars, podcasts, and an archive of newsletters.

To recognize communities that are actively creating “Healthier Kids, Healthier Communities, and a Healthier World” through Wise Kids programs, the Säjai Foundation began awarding the Barb King Celebration of Life Award in 2010.8