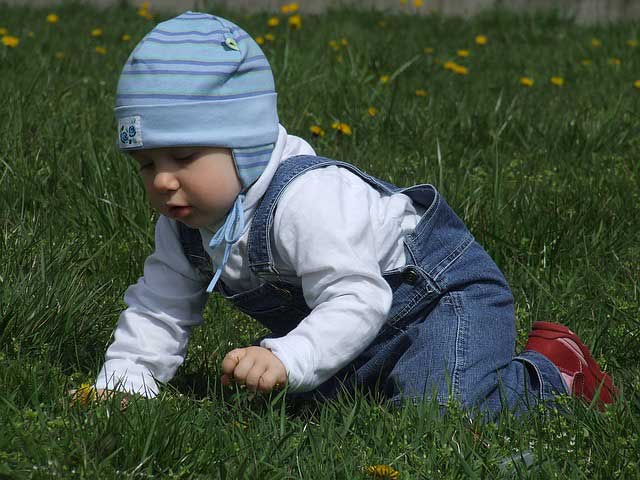 The rudimentary movement phase ranges from birth to about age 2. It includes the basic motor skills acquired in infancy: reaching, grasping, and releasing objects as well as sitting, standing, and walking. The skills that are acquired during the first two years form the foundation for the fundamental movement phase that follows.2

The rudimentary movements are characterized by a highly predictable sequence determined as the child ages, although the rate at which these abilities appear will vary from child to child. This phase of development is subdivided into two stages that represent progressively higher orders of motor control: the reflex inhibition stage and the precontrol stage.

Beginning at birth, reflexes dominate the infant’s ability to move as seen in the reflexive movement phase. However, as the brain develops, the child begins to move away from some primitive reflexes and replaces them with voluntary movements. Although these movements in the reflex inhibition stage are purposeful, they appear uncontrolled and unrefined and lack smooth coordination.

The precontrol stage begins around age 1 when children begin to have greater precision and control in their movements. The rapid cognitive development along with the gains in motor processes during this stage allow for a greater degree of proficiency and control in a short time. During this stage, children learn to gain and maintain equilibrium, to manipulate objects, and to move throughout their environment preparing them for the development of fundamental movement skills that follow in the next phase.3