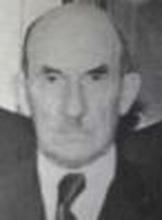 Ernst Hermann was an American pioneer in recreation planning, industrial recreation, and playground administration during the first few decades of 1900. He also taught concerning play, playgrounds, and recreation at Harvard University and concerning the Swedish physical education system at the Sargent School of Physical Education in Cambridge, Massachusetts.

Born in Brunswick, Germany in 1869, Ernst was the son of the German playground movement leader August Hermann.1 When 24 years old, Ernst immigrated to America in 1893 and attended the Boston Normal School of Gymnastics, which later became affiliated with Wellesley College's Department of Physical Education. Consequently, Ernst was one of the few male graduates of Wellesley, a private women's college west of Boston, Massachusetts.

Ernst's professional career began in 1902 when he became the recreation director for the Thomas G. Plant Company, a women's shoe factory in Boston. As such he supervised the health, welfare, and recreation opportunities for the 5,000 men employed there. From his industrial experiences he came to believe that “the playground in its broadest conception is the only practical means of counteracting the monotonous drudgery of factory life.”2

During this time Ernst also worked with school systems in Massachusetts until 1909 when he became an assistant director of Physical Training and Athletics for the city of Boston, which included supervising playgrounds. Two years later in 1911, he added the city of Cambridge, Massachusetts to his athletics and playground responsibilities. The following year he became the Superintendent of Playgrounds for nearby Newton, Massachusetts and the city director of physical education for Somerville, a small town outside of Boston and Cambridge. Ernst supervised the playgrounds in Newton for 17 years until his retirement in 1939.3

As a recreation planner and playground administrator, Ernst promoted the acquisition of playgrounds, which he called “an oasis in the desert of the modern city.”4 He was known for not only the excellence of his recreational playground designs but also for the beauty of his designs. His design of a small playground in Newton, which won an award in the Playground Beautification Contest sponsored by the Harmon Foundation and conducted by the National Recreation Association, included vine covered trellises, wooden boundary fences, strategic shrubs and trees, grassy areas, and a roofed sandbox and shelter.

Ernst believed that a recreational area was best completed with the input and cooperation of the architect, engineer, recreation director, play leader, teacher, and social worker. Besides benefiting the children and adults in the area, he felt that “A playground properly located, properly designed and laid out, properly maintained and properly supervised, is the greatest real estate asset a city has.”5 His vision and success in Massachusetts led to the National Recreation Association naming him the chairman of their Recreation and City Planning Committee in 1922.

Foremost to Ernst was how the playground design benefited the children and adults. He said, “Let us have plenty of space, plenty of structures resembling the structures of the old-fashioned farms and yards, plenty of apparatus for the training of the whole muscular system, plenty of tools for working the earth and the wood, which have always been our best 'brain builder'.”6

For winter time recreation, Ernst perfected the maintenance of ice skating rinks and designed an ice hockey rink, which allowed for easier ice cleaning and surface handling due to the adjustable end and bottom boards. He believed that recreation leaders should ascertain what children liked to do and then assist them in their play and that “a 'cut-and-dried' program would cause playground attendance to fall off.”7

In 1906, Ernst began teaching a gymnasium class for faculty members at Harvard University, a course he taught often until he retired from teaching in 1940 at the age of 71 years. Other courses he taught included The Philosophy and Psychology of Play; Organization, Construction, and Equipment of Playgrounds; and Leisure Guidance.8 Later in 1926, Ernst taught at the National Recreation School, which Howard Braucher of the Playground and Recreation Association of America established in New York City. This one year graduate program trained recreation executives through the Department of Agriculture's Extension Service.

Ernst began teaching Swedish gymnastics and games at the Sargent School of Physical Education in 1916. Thirteen years later, when the school became a part of Boston University in 1929, Ernst became the Director of the new Department of Physical Education. As the course expanded to a four year degree, he became the Dean of the department. He was also the director of the girls' summer camp, which the Sargent School and then the Boston University offered in New Hampshire.