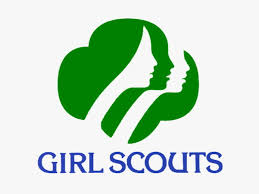 The Girl Scouts is a leadership development organization for girls that boasts more than 59 million alumnae from around the world. Their mission is to build girls of courage, confidence, and character, who make the world a better place. The Girl Scout members promise to serve God and their country, to help people at all times, and to live by the Girl Scout Law. Concentrating on character building, the Girl Scout Law states “I will do my best to be honest and fair, friendly and helpful, considerate and caring, courageous and strong, and responsible for what I say and do, and to respect myself and others, respect authority, use resources wisely, make the world a better place, and be a sister to every Girl Scout.”1

Inspired by a meeting with the founder of the Boy Scouts, Sir Robert Baden-Powell, Juliette Gordon Low established the Girl Scouts in 1912. Juliette, nicknamed Daisy, was born in 1860 in Savannah, Georgia. An adventurous girl known for her sense of humor, compassion, and concern for others, she was interested in nature, animals, athletics, and the arts, which became central to the Girl Scout movement she would found. Juliette married William Low in 1886, and they lived among wealthy circles in both England and Georgia. Her marriage proved to be difficult and was near divorce shortly before her husband died of a stroke in 1905. After his death, she was drawn to the idea of charitable work, which her husband had discouraged.

After meeting Sir Baden-Powell, she learned of his organization for girls who wanted to be scouts that he called Girl Guides, and she led three groups of Girl Guides while still in the United Kingdom. There was a tremendous backlash against Girl Guides in England from those who felt that indulging in sports and outdoor activities was not appropriate for their gender. However, in America the Progressive Era movement, which resulted from the industrialization, immigration, and urbanization of the late 1800s and early 1900s, was in full swing with the belief that children needed to enjoy outdoor exercise and free play. Along with the playground movement, the fresh air movement, and the camping movements of the time, attempts to remedy the worst ills of industrialization and aid immigrants to become successful citizens were in the forefront.2

Moving back to Savannah, Juliette envisioned her own program for girls in America, and her first troop of 18 girls met on March 12, 1912 at her home. She went against the conventions of the time by including culturally and ethnically diverse girls, including those with so-called disabilities, to encourage girls from different backgrounds to grow and develop leadership skills.3 She was a firm believer in allowing the girls to run their own troops with adults acting as advisors, not leaders.4

She had experienced several ear injuries as a child and young adult, which resulted in almost total hearing loss. The uncertainties of a difficult marriage and her hearing impairment undoubtedly influenced the Girl Scout program she designed to enable girls to have the needed skills to become successful women. Her Handbook for Girl Scouts published in 1913 stated: “However well-placed you may be now, times may come when you will have to know how to milk, cook, cut wood, wash clothes, act as a nurse, or even defend your own life. Many things which are now done for you will have to be done without any assistance from others. All these things you can learn as a Girl Scout.”5

Girl Scouts was founded during a time when women were beginning to push for equal rights including the right to vote. On part of her land in Savannah, Juliette arranged for the girls to play tennis and basketball so they could enjoy athletic sports. She also encouraged outdoor activities such as gardening and camping. Along with training girls to be exceptional homemakers with cooking, sewing, and nursing skills, she also emphasized career training. Citizenship training was part of her program as well as military preparedness during World War I.6

Her program, which emphasized inclusiveness, the outdoors, self-reliance, and service, quickly spread throughout the country and by the 1920s was reaching outside the United States. During the Great Depression of the 1930s, Girl Scouts aided in relief efforts by collecting food and clothing for those in need. During World War II and the Korean War, the Girl Scouts did their part to help with the war efforts. In the decades that followed, they have championed the issues of racial equality, the environment, and the social ills of drug abuse, child abuse, and teen pregnancy.7

Juliette died January 17, 1927 at her home in Savannah. She has been honored for her great contributions to women in many tributes including a postage stamp, a ship and numerous buildings being named in her honor, and induction into the National Women’s Hall of Fame in New York and the Georgia Women of Achievement honoring exceptional women in Georgia history. In 2005 she was memorialized in the Points of Light monument in Washington, DC, the only national monument paying tribute to individuals who selflessly champion “causes to help others realize a better America.” In 2012 she was awarded the Presidential Medal of Freedom posthumously, the highest civilian award in the United States.8

The Girl Scout program is designed for girls from kindergarten through 12th grade and is divided into levels by grades: Daisies (K-1), Brownies (2-3); Juniors (4-5), Cadettes (6-8), Seniors (9-10), and Ambassadors (11-12). Girls Scouts earn badges in various interests, enjoy outdoor activities such as hiking and camping, explore careers in science and technology, take on projects to transform their communities, and participate in the cookie program.9

Leadership training is woven into three leadership journeys that girls can choose to follow throughout their years in Girl Scouts: It’s Your World–Change It!; It’s Your Planet–Love It!; and It’s Your Story–Tell It! All three leadership journeys are aimed at giving the girls the benefits of the Girl Scout Three Keys to Leadership: Discover, Connect, Take Action. The girls participate in fun activities in a wide-array of topics designed to make them aware of issues involving health, social relationships, the environment, and their communities. Advocacy for issues they want to champion allow them to connect with their world and take action to make it a better place.10

The K-12 curriculum is designed to explore different aspects of science, technology, engineering, and math (STEM) to help the girls discover how they can actually improve the world. Activities involving robotics, energy conservation, aerospace, computer skills, and graphic design are some of the areas of study encouraging girls to apply STEM skills.11

Girl Scouting is based on the Girl Scout Promise and Law, which includes many principles and values common across various religions. Although a secular organization, Girl Scouts from its earliest days has always encouraged girls to take spiritual journeys via their own faiths’ religious tenets. National religious organizations have developed their own programs to enable girls to learn more about their faith.12

The iconic Girl Scout cookie program began in 1917 with the girls baking and selling cookies locally as fundraisers for their troop activities. In July of 1922, an article in The American Girl magazine published by Girl Scouts of the USA provided a cookie recipe for the girls to bake and sell door to door. The national sales campaign began in the mid-1930s with the sale of commercially baked cookies. In 1936 the national Girl Scout organization began the process of licensing the first commercial bakers to produce their cookies that would be sold nationwide. Over the decades that followed, several cookie varieties were introduced, and the cookie program has the claim to be the largest and most successful girl-led business in the world. In 2015 the Digital Cookie platform was launched, giving the girls a fun, safe, and interactive space for girls to sell cookies. Digital Cookie introduces online marketing, app usage, and ecommerce to Girl Scouts, who still retain control of their own sales.13