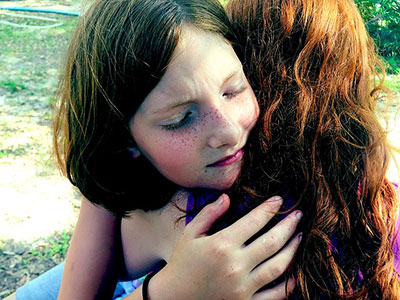 Empathy is an emotion that can be defined as knowing what another is feeling, feeling what another is feeling, and responding compassionately to another’s distress. The concept of empathy reflects the social nature of emotion that links the feelings of two or more people together. Prosocial behaviors, such as helping, sharing, and comforting others, illustrate the development of empathy.

To develop empathy for others is one of the core features of affective development that also includes the ability to identify and understand one’s own feelings, to accurately read and comprehend emotional states in others, to manage strong emotions and their expression in a constructive manner, to regulate one’s own behavior, and to establish and maintain relationships.1

Empathy is a complex emotional skill that requires more than just understanding what someone has said; the intended message must also be understood. It is essential that the fact that a person is understood must also be communicated back to that person, so that the person feels understood. Understanding and communication are crucial to empathy. To understand another’s emotions requires the ability to read and understand nonverbal cues as well as what is being said. Body language, expressive facial movements, and tone of voice are all observed, though often unconsciously.

Empathetic behavior begins developing in early childhood and is observed when babies only a few months old start crying when another child is crying. Young children are also influenced by their observation of how people react to others' distress.2 As children develop their social and emotional skills, they become more connected with others. A toddler may be seen comforting another child as he begins to interpret the other’s emotions and the meanings underlying them.3

Consistent, sensitive caregiving, especially in the first years of life, can foster a secure attachment with caring adults. This helps children have a positive world view that their world is a safe place, that others are predictable and readable, and that children are important and worthy of care.4 This secure attachment allows children to be free to explore the world and engage with peers. It also helps children learn to self-regulate, develop positive emotional responses, and express empathy for others. In contrast, children who experience the world as unpredictable and hostile may experience anxiety, fear, and other negative emotional responses. They may display aggressive or submissive behaviors, which may set them up to become bullies or victims in future situations. Their ability to engage successfully with peers may be negatively impacted.5

Problems with human attachment have been seen in children who were institutionalized as infants, such as those studied as Romanian orphans. These children did not receive the one-on-one affection and attachment with a caregiver and found the world a cold, insecure, and untrustworthy place. With their emotional needs unmet as babies, they frequently had trouble understanding or appreciating the feelings of others. Studies have shown that children who suffered neglect and abuse as young children are at a much greater risk of becoming aggressive, bullying other children, or being victimized by bullies themselves.6

Lacking empathy can be seen in two ways. Children on the autism spectrum and also children high in inhibition may display a lack of response. Since language plays a role in empathy, the diminished ability of communicative skills for some children on the autism spectrum helps explain why empathy is difficult for these children. Displaying callousness and hostility is relatively rare but is often the result of a hostile environment in early childhood. This might be displayed with laughter as children enjoy another’s distress, with anger and aggression toward others, or with blaming the victim of a situation.7

According to the 2016 World Economic Report, just as important as critical thinking, decision making, and problem solving skills are to produce successful people, so were people skills like emotional intelligence, collaboration, and empathy. However, according to a 2010 report, teens’ empathy levels dipped 40% in just 30 years. With decreased empathy, aggression and peer cruelty become more prevalent.8

Many classroom programs have been developed to deal with the problems of lack of empathy and bullying. Roots of Empathy is a program that was founded in 1996 for schoolchildren from kindergarten through the eighth grade. At the heart of the program is a neighborhood parent who brings her infant to visit the classroom every three weeks over the school year. As children observe the interactions of the child with his parent, the instructor helps children identify and reflect on their own feelings and those of others, raising their social/emotional competence and increasing empathy.9

As children in the Roots of Empathy program recognize that the baby relies on outside assistance to have his needs met, children can begin to acquire a view from outside themselves and feel empathy for others. This leads to children realizing the need to intervene in bullying situations rather than being passive bystanders, and the program teaches them how to intervene.10