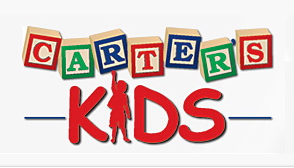 Carter’s Kids is a nonprofit organization founded by Carter Oosterhouse. He is the host of HGTV’s Carter Can television show. The organization is dedicated to increasing children’s activity levels by building and developing community parks and playgrounds in their neighborhoods. His purpose is to promote activity, self-esteem, and nutrition in fighting childhood obesity. He actively involves the local children in the construction of the play area so they can gain a sense of ownership and care for a place they helped build.1

Carter’s Kids partnered with Wade’s World Foundation to refurbish the Turnkey Boys & Girls Club in Dallas, Texas. Wade’s World is a foundation started by Dwyane Wade, a professional basketball player in the NBA. “We completely transformed the Boys & Girls Club, which is located in a low-income neighborhood and serves up to 150 kids a day,” said Carter. “I grew up building things at a very early age—there is no greater sense of satisfaction when you see something that you’ve built being enjoyed by others. The kids actively worked on the project and created a connection and real sense of ownership and pride in the space.”2

Carter’s Kids has rebuilt a daycare center’s playground in New Orleans, Louisiana as well as refurbishing a Miami playground along with Hispanic Unity of Florida where they included tricycles, basketball hoops, fitness toys, slides, and a balance beam in their donation. Carter Oosterhouse has also helped to revamp a park and playground near his hometown of Traverse City, Michigan.3 In 2011, Carter’s Kids worked with a nonprofit organization called Rebuilding Together to rebuild a playground in Arlington, Texas.4