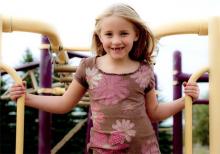 Self-esteem can be defined as what a person’s unconscious believes to be true about his value, worthiness, and competence. Messages received from others are unconsciously accepted as facts no matter how legitimate or based in reality they are. Therefore, one’s self-esteem is continuously constructed and reconstructed by others’ verbal and non-verbal messages.1 Children’s self-esteem affects how they approach their world. Their self-perceptions are important, whether accurate or quite different from reality, because they determine whether their self-concept is positive or negative.2

A child’s self-concept is his personal assessment of his worthiness, which is expressed in his attitude toward himself. Self-esteem is influenced by how the child feels others view him. Together self-concept and self-esteem represent the total perception of the child’s worthiness and competence. If a child’s performance does not match his personal aspirations, he is likely to feel inferior and inadequate. Conditions that threaten to expose his inadequacies can cause anxiety. If a child believes in himself and his abilities, he can have a stable, positive self-concept.3

There are many components of a positive self-concept. A sense of belonging to a group that values and accepts him builds a child’s positive self-concept. When a child plays with friends on the playground, whether in a softball game or engaging in pretend play, he feels accepted. When a child realizes that others value his thoughts, ideas, and contributions, he develops a sense of worthiness.4

The first time a child successfully navigates the overhead rings on the playground equipment, his confidence is elevated and he is ready to conquer the next challenge. Perceived competence is a personal self-evaluation of competence compared to others and previous personal experiences, which increases when the child demonstrates improvement and achieves goals in specific experiences. This promotes self-confidence, which in turn leads to improved self-esteem.5

When children recognize and accept in a positive way that they have weaknesses as well as strengths, and limitations as well as abilities, they exhibit self-acceptance. Often children have unrealistic expectations put on them by others, which makes it hard for them to accept themselves on the basis of who they are rather than what they have achieved. Acceptance by others is paramount to self-acceptance. Children also need to recognize, respect and celebrate their uniqueness to develop self-esteem.6

It is universally accepted that a child’s self-concept is learned. Initially, parents and teachers provide feedback to the child’s behavior. This is interpreted by the child as giving meaning to their activities. Then the child acts in ways consistent with his self-concept. Self-esteem develops only in the presence of others as the child perceives how he fits in the world.7

Preschoolers increasingly understand that they are individuals as well as part of the social world. They begin to make judgments about their own worth and competencies, usually overestimating their abilities and underestimating how hard new tasks are. They feel approval more by how well they can do things and translate their accomplishments into how they feel about themselves. School-age children become more aware of their own abilities and can evaluate and compare themselves to their playmates. Their evaluation of performance and the feedback they receive from others influence their self-esteem. Children who have positive self-esteem believe their successes are due to their abilities, and they become success oriented. Children, who see themselves as failures, often give up on trying to succeed and feel their failures cannot be changed by hard work.8

Children who become bullies often have feelings of inferiority, inadequacy, and insecurity. Bullies can also have high self-esteem and use bullying behavior to solidify their feelings of self-worth.9