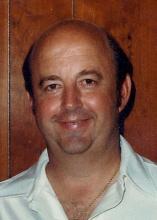 Paul Ahrens, the son of Claude Ahrens, joined the family business, Miracle Playground Equipment Company, after a year of college. He was a talented inventor like his father and grandfather, John Ahrens. During the 1960's he created, with his father, the Miracle People Mover Train that was used at the 1965 Astrodome opening in Houston, Texas. Disneyland's Adventureland and many large resorts also used the Miracle Train for transporting people.

In 1972, Paul became president of the company, which was renamed Miracle Recreation Equipment Company. He and Claude continued to design playground equipment, and together they held 16 patents. Some of their designs included the Astro City, Tornado Slide, Earn-A-Slide, Tower Climber, Flying Gym, Rock Mountain, and the Miracle Junior Challenge Course.

During the 1970's Paul and Claude also created a line of agricultural innovations, which included fiberglass silos and bulk bins, Mirahuts for farrowing sows, and Mirafounts for watering stock. This division of Miracle Recreation was later sold to Claude and became an independent company, Miraco, a division of Ahrens Manufacturing, Inc.

The 1980's brought union troubles with strikes in 1980 and 1981. The next year Paul announced plans to move the plant to Monett, Missouri, where unions weren't as strong. Sharp Lannom was installed as the chairman of the board to oversee this transition. In four years, Sharp resolved the union issues, moved the plant to Missouri, and reshaped the company's manufacturing for greater uniformity and efficiency. Having accomplished these goals, he resigned in 1986, and Paul became the chairman of the board.

During the early 1980's, Paul was opening a new market with the McDonald's fast food restaurants. Having bought Setmakers, the company which first began installing indoor playgrounds for McDonald restaurants, Paul designed the Ronald McDonald and Hamburgler figures. He was able to show a 100% increase in sales with the playgrounds and fantasy figures. After designing more McDonald figures, installing indoor playgrounds, and a trial run of six months in two low income stores, Paul and Claude were able to show a sales increase of 200%. This won Miracle Recreation the several year contract to produce 500 playgrounds a year for McDonald restaurants across the nation.1

Paul was chairman of Miracle Recreation for only three years before he died of cancer in 1989 at the age of 50.