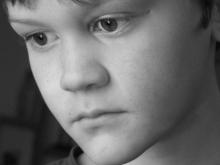 Commonly known as Attention Deficit Disorder (ADD), this condition has the “official” clinical name of Attention Deficit Hyperactivity Disorder (ADHD). It is estimated that between 3 and 5 percent of children in the United States meet the criteria of Attention Deficit Disorder, which is approximately 2 million children. The condition was first described in 1845 by Dr. Heinrich Hoffman, and in 1902 Sir George F. Still published a series of lectures on the condition to the Royal College of Physicians in England. Since then there have been thousands of studies on the condition offering information on its nature, course, causes, and treatments.1

The American Psychiatric Association officially accepted Attention Deficit Disorder as a disorder in 1908 in their Diagnostic and Statistical Manual of Mental Disorders.2 The Association describes three types of Attention Deficit Disorder: predominantly inattentive, predominantly impulsive, and a combination of the two. Inattention is displayed as a child being easily distracted with difficulties  in concentration and paying attention to what is going on around him. The child appears to not listen and often fails to finish an activity. Impulsivity is shown by acting without thinking, speaking out loud, interrupting others, and not wanting to take turns. The child has difficulty organizing work and shifts from one activity to another.3

In order for a diagnosis of Attention Deficit Disorder to be given, these behaviors must be excessive, long-term, and pervasive. The behaviors must appear before the age of 7 and continue for at least 6 months. They also must create a real handicap in at least two areas of a child’s life, such as at school, home, or other social settings. These criteria help distinguish between children with normal displays of being distracted or impulsive and Attention Deficit Disorder.7 While the ratio of boys to girls treated in clinical settings for Attention Deficit Disorder is typically four to one, girls are often overlooked because they do not display hyperactivity and behavioral problems as frequently as boys.8

Elementary school children with Attention Deficit Disorder often have difficulties in social relationships. They have poor social skills due to their impulsivity and their lack of empathy with others. They often do not realize how their actions impact others or how others will react to what they say or do. Not learning subtle social cues causes difficulties with others and can result in the child being left out of the group. They generally tend to play better with younger or older children when their roles are clearly defined.12

The most effective treatment for Attention Deficit Disorder is a combination of medication, therapy, and counseling. Medications used to help normalize brain activity are prescribed by a physician. The most effective medications have been stimulants, such as Ritalin. Therapies have been helpful to modify behavior and help deal with the emotional effects of Attention Deficit Disorder. Since this disorder continues into adulthood, many adults benefit from working with a coach to develop coping skills and manage problem behaviors.13

New scientific research shows that children with Attention Deficit Disorder function better if part of their day is spent outdoors in nature. The more natural and “wilderness-like” the setting, the more their behavior is improved. Playing outside in forests and open spaces calmed children with Attention Deficit Disorder more than just playing in the backyard or playground, but any outdoor setting is better than staying indoors. Playing outdoors in natural environments helps children concentrate better and follow directions. They are calmer and sleep better at night.14