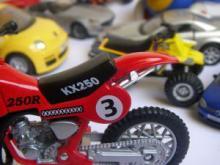 The Toy Industry Association (TIA) hosts the American International Toy Fair each year to showcase the newest toys and games on the market. It is the largest toy tradeshow in the Western Hemisphere, and the 109th Toy Fair was held in New York City in February of 2012 and had more than 34,000 in attendance from 110 countries. With more than 1,000 exhibitors displaying over 100,000 new toys, games, and youth entertainment products, the Toy Fair attracted nearly 16,000 buyers representing the nation’s top 25 toy sellers as well as others from around the world.1

The Toy Industry Hall of Fame, established in 1984, has a distinguished list of toy industry leaders, who have made significant contributions to the growth and success of the toy industry. Inductees have included founders of companies like Milton Bradley and A.C. Gilbert, and others who have influenced the world of toys like Walt Disney and Jim Henson.4

The Toy Industry Foundation benefits from the American International Toy Fair by collecting donations of toys and games from the exhibitors each year for their Toy Bank, which distributes thousands of toys to local and national children’s charities. The newly manufactured toys donated by members of the toy industry are distributed to underserved, at-risk, and homeless children throughout the United States and around the world.5

An important element of the Toy Fair each year is the discussion of the latest toy trends in the industry. Adrienne Appell, TIA’s in-house trend expert, noted: “Toymakers continue to innovate at the speed of light to keep up with trends in other areas – from pop culture to technology – because they know that kids want to be a part of the mix and mimic what’s happening in the world around them.”6