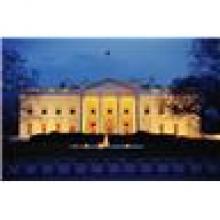 The White House Conference on Bullying Prevention was held on March 10, 2011. Hosted by President Barack Obama and First Lady Michelle Obama along with the Department of Education and the Department of Health and Human Services, the conference brought together approximately 150 students, parents, teachers, non-profit leaders, advocates and policymakers to discuss how they could work together to make the nation’s schools and communities safe for all students.1

“If there’s one goal of this conference, it’s to dispel the myth that bullying is just a harmless rite of passage or an inevitable part of growing up. It’s not,” said President Obama. “Bullying can have destructive consequences for our young people. And it’s not something we have to accept.”2

Opening remarks were made by both President Obama and the First Lady on bullying prevention. White House Senior Advisor Valerie Jarrett then led a discussion with experts on effective programs and policies currently in place to combat bullying. Her panel members included Susan Swearer-Napalitano, Justin Patchin, Catherine Bradshaw, and George Sugai.

The conference included breakout sessions to focus on specific issues:3

There were two online breakout sessions:4

U.S. Secretary of Education Arne Duncan held a national press conference to discuss the White House Conference on Bullying Prevention. He was joined by Kevin Jennings, Assistant Deputy Secretary of the U.S. Department of Education’s Office on Safe and Drug-Free Schools (OSDFS).5