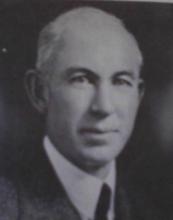 Lebert Howard Weir was a recreation and park leader, speaker, consultant, and researcher of the early 20th century. He was one of the first field secretaries to be employed by the Playground Association of America, later known as the National Recreation Association. In the course of his travels, speeches, and consultations, Weir taught, “How shall we play? Let it be with freedom, with as little regimentation as possible. Let it be expressive of fundamental, natural urges, desires, and interests of human life.”1

In 1903, when Weir was 25 years old, he graduated from the University of Indiana in Bloomington, Indiana. After having been president of the Student YMCA, his first employment was as the assistant secretary of the Associated Charities in Cincinnati, Ohio. He soon became a probation officer in Cincinnati and over the next five years he became the chief officer of the Juvenile Court, the president of the Social Workers Club, and the chairman of the Juvenile Court Conference of the Mid-western States.2

During this time, Weir organized a boys' club that grew to include 2,500 boys, utilizing his 30-acre farm for occasional weekend outings. Later he gave this farm to a Cincinnati settlement to benefit employed girls and women as a park, recreation, and camping center. His leadership also assisted in securing a million dollar bond issue for parks and playgrounds in Cincinnati, a city of about 350,000 people at that time.3

As a result of his work with youth, playgrounds, and recreation, in 1908 Weir published “Street Play and Juvenile Delinquency,” first in the Cincinnati's University Settlement Review and later in the Playground Association of America's magazine The Playground. The article revealed his research that in the three Cincinnati neighborhoods where playgrounds had been established, the incidents of personal assault and property damage had been “drastically” reduced.4

He further states, “Practically the only playground for thousands of children in our great cities, and notably so of Cincinnati, is the street. Everyone knows, who knows anything of cities, that the streets of the crowded portions are better fitted for almost anything else than playgrounds...The obvious remedy for this evil is, in the first place, that the municipality provide adequate playgrounds, and in the second place, that they be operated under wise management.”5

Howard S. Braucher, the new president of the Playground Association of America (PAA), hired Weir in 1910 to be a field secretary, a position he served for the next 39 years. His first focus for the association was on the West Coast where he spent three years assisting cities to establish recreation departments, train playground leaders, and collaborate with school authorities. He became known as “not one of those experts who know the game only from the sidelines; he can not only play games but lead them, and have a very good time in doing it, as many enthusiastic players and spectators in his various summer courses given at western universities, can testify.”6

At the conclusion of this time, he and his assistant, Estelle F. Dunham, wrote A Practical Manual for Schools, which the Oregon State Department of Public Instruction published in 1914. This manual was used as a guide for organizing and conducting play activities in Oregon and surrounding states.

Moving back to the Midwest, Weir organized a recreation system in Racine, Wisconsin, conducted research into the connection between recreation and industrial efficiency in Indiana, and assisted Minnesota cities with play and recreation issues. This latter work included a detail recreation survey and report of Minneapolis in 1915, in which he recommended how the park board, school district, public library, recreation committee of the city council, and a lay recreation commission could work together to extend recreation facilities without overlapping expenses and effort. In later years Weir was often asked to consult with the city of Minneapolis concerning the city's changing circumstances and growth needs.

During World War I, Weir assisted with the establishment of War Camp Community Service units in many cities. The PAA, now the Playground and Recreation Association of America (PRAA), sent him to Chillicothe, Ohio, where he raised a half million dollars and set up a model recreation community next to the army camp.7 Called the Camp Sherman Community Buildings Group, it became the national training center for War Camp Community Service Workers and the forerunner of the Chicago Training Institute.8

Following the war, Buffalo City Planning Commission hired Weir to complete a recreation survey initiated by the Recreation Committee of the Social Welfare Conference. He organized the city into geographical units and formed committees to study types of recreation and recreation issues such as playgrounds, parks, playfields, stadiums, commercial recreation, school facilities, libraries, nationalities, social conditions, and finances. The extensive report of 370 pages was published in 1925.9

By this time Weir had already conducted a study of summer camps (1923) and was compiling the information into an overall review of camping, the development of camps, camp programs and management, staff organization, leadership and training, nutrition, and finances.10 The resulting 636 page manual entitled Camping Out – A Manual of Organized Camping was published in 1927.

In the midst of both of these studies, Weir was appointed director of a fourteen member committee to study and report on municipal and county parks and their systems of administration. This was in response to the May 1924 challenge by President Coolidge at the National Conference on Outdoor Recreation. Writing a 44 page questionnaire that covered 94 topics, Weir sent field staff to survey 2700 cities and 40 counties over the next two years.11

What resulted were two volumes of over 1000 pages of plans, diagrams, photographs, illustrations, and discussions of planning, design, construction, administration, legislation, staff, finances, publicity, recreation activities, and horticulture.12 Entitled Parks: A Manual of Municipal and County Parks, both volumes were printed in 1928. Other information from the surveys was published in the bulletin Park Recreation Areas in the United States as a supplement.

As a result of these studies, Weir became known as an expert on park organization, operation, and services. He served as the director of the PRAA Park Recreation Service, consulted with the National Resources Board, and taught at the National Recreation School. Later, in 1948, he was made a Fellow of the American Recreation Society.13

However, the park leaders of the American Association of Park Superintendents considered Weir initially ineligible for membership because his work was too recreational in scope and yet the recreation leaders felt he was too “park-minded.” His writings and speeches gradually helped bridge this gap between the park and the recreation leaders.

For instance, in 1927 Weir attended the Recreation Congress and spoke of “Local Park Achievements in the United States” while in his writings he encouraged park leaders to provide more recreation activities. He felt that a wide range of recreation interests were essential and “for the most part the opportunity for the expression of them is to be found in free or leisure time.”14

By 1931 Weir was accepted into the American Association of Park Superintendents as a Senior Fellow where he served on committees, spoke at conventions, and was credited as giving park administrators a professional status within the park and recreation movement.15

His personal ability to identify trees and shrubs by their common and scientific names, as well as their uses and the types of soil they needed, also assisted him in finding common ground with the park professionals.16

Weir was appointed a Fellow of the Oberlander Trust in the summer of 1933 and for the full year in 1936. As such he traveled and studied recreation and park organizations and activities in Europe, which resulted in his book, Europe at Play.17

Back in the United States, Weir conducted surveys of parks and recreation for the Governors of New Hampshire and the Virgin Islands as well as smaller surveys for numerous states and large cities such as Cleveland, Washington, D.C., and New Orleans. He also consulted with large parks within cities, including the 6400 acre Fairmount Park in Philadelphia.

For all his achievements in the parks and recreation movement, Weir was honored by the Indiana Municipal Park and Recreation Association in October of 1949, shortly before his unexpected death on November 13th.18 He was inducted into the Robert W. Crawford Recreation and Park Hall of Fame in October of 1988.