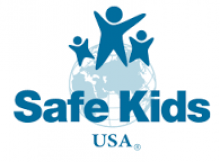 Safe Kids USA started as the National SAFE KIDS Campaign, a U.S. nonprofit organization, which was founded by Martin R. Eichelberger, M.D. and Herta Feely in 1988. Dr. Eichelberger, as head of the emergency trauma unit at the Children’s National Medical Center in Washington, DC, saw many injuries to children that could have been prevented.1 Unintentional childhood injury is the leading cause of death and disability for children under the age of 14. At that time, there were no programs to prevent childhood injuries before they happened. The organization’s founding sponsor was Johnson & Johnson.

As the organization grew, they formed partnerships with the American Academy of Pediatrics, the National Safety Council, and the National Head Injury Foundation. Along with the growth, came recognition and awareness of the problem of child safety. U.S. Surgeon General C. Everett Koop, M.D. was named Chairman of the Campaign, and President Ronald Reagan proclaimed National Safe Kids Week. In 1989, Safe Kids USA participated and gave testimony in the U.S. Senate’s hearing on childhood injuries.

The Safe Kids coalition was networked all across the entire United States by 1995. And in 1998, a 26% decline in the unintentional child injury death rate was reported by Safe Kids research in “Report to the Nation on Unintentional Childhood Injury.”2

By 2004, the National SAFE KIDS Campaign had over 600 chapters, and they merged with the 19 member countries of Safe Kids Worldwide, which is an international non-profit organization located in Washington, DC.4