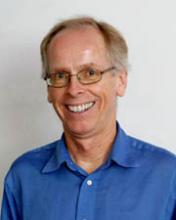 Dr. James Sallis is a Professor of Psychology at San Diego State University and directs the Robert Wood Johnson Foundation's Active Living Research Program. With a bachelor's degree in Business Administration and Psychology, a master's degree in Psychology, and a doctorate degree in Clinical Psychology, Dr. Sallis has researched and written extensively on physical activity and human behavior.1

Dr. Sallis became a Fellow in Cardiovascular Disease Prevention and Epidemiology at the Stanford Heart Disease Prevention Program at Stanford University's Department of Medicine in 1981. During his fellowship with the Stanford Five-City Project, Dr. Sallis became interested in studying physical activity. This interest was focused further in 1983 when Dr. Sallis began working on youth physical activity at the Department of Pediatrics at University of California, San Diego.2 He continued this research when he became a Professor at San Diego State University in 1992.

Over the next nine years, Dr. Sallis co-authored three books on physical activity and human behavior, one of which was focused especially on youth and physical activity.3 During this time, in 1994, he received both the Outstanding Scientific Contribution award from the Division of Health Psychology of the American Psychological Association and the Douglas S. Leathar Award. Five years later, in 1999, he received the Outstanding Contribution to the Profession in Health from the San Diego Chapter of the California Association for Health, Physical Education, Recreation, and Dance.4

When Dr. Sallis began directing the Active Living Research Program of the Robert Wood Johnson Foundation (RWJF) in 2001, he was able to focus his research on the environmental factors and the policy work of physical activity. He also broadened his research to include behavioral models and methods from diverse but related fields, such as city planners, architecture, transportation, and environmental psychology.5

One of the Active Living Research Program's goals is to build an evidence base of research to be used in forming policy and practices to improve physical activity and to combat obesity. Dr. Sallis directed their landmark Neighborhood Quality of Life Study (NQLS) that observed 2,200 adults in two diverse regions of the U.S. to find environmental correlates of physical activity. After four years, Dr. Sallis found that “adults living in communities determined to be more walkable were less likely to be overweight or obese.”6 These findings have led Dr. Sallis to partner with San Diego County Health and Human Services Agency, the Centers for Disease Control and Prevention (CDC), and San Diego Association of Governments (SANDAG) in encouraging growth management zoning ordinances that include pedestrian safe and cyclist friendly roads and mixed use development projects to facilitate walkable communities.7

Another result of the NQLS research and related research concerning seniors, children, and parents has been the health promotion programs which Dr. Sallis and his colleagues developed: the Pace Project for health care centers and the SPARK PE Program for schools.8

Dr. Sallis' research and over 500 scientific publications led to being named the Most Outstanding Scholar by the College of Sciences of San Diego State University in 2005. He also received the Distinguished Scientist Award from the Society of Behavioral Medicine in 2007.

In 2009, Dr. Sallis was among a group of ten experts who advised First Lady Michelle Obama on the issues of youth activity and obesity. Six months later she launched the Let’s Move! campaign to eradicate childhood obesity. Dr. Sallis also advised the planners of the National Physical Activity Plan (NPAP), which has been called “the country's first comprehensive strategy to improve public health by creating a national culture that supports physical activity for all ages.”9

Dr. Sallis was named the 2010 Albert W. Johnson University Research Lecturer, the highest research award at San Diego State University, and was also given the Distinguished Professor of Psychology title. In 2011, Dr. Sallis received the Lifetime Achievement Award from the President's Council on Fitness, Sports and Nutrition, an honor given to those who had “devoted their entire careers to promoting fitness, sports, and nutrition.”10 Also in 2011, Dr. Sallis was elected to be the Vice President of the American College of Sports Medicine.11

As a professor, researcher, writer, leader and consultant to universities, health organizations, government agencies, and corporations, Time Magazine dubbed Dr. Sallis an “obesity warrior.”12 Dr. Sallis' vision is “to show that getting all these partners working together, helping everyone eat better and be more active, will reduce obesity, diabetes and other chronic diseases.”13