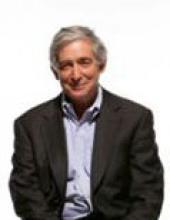 Dr. Stephen R. Kellert is a Tweedy Ordway Professor Emeritus of Social Ecology and Senior Research Scholar at the Yale University School of Forestry and Environmental Studies. His research and writings have centered around the concept of “biophilia,” the instinctual connection of humans with the natural world. Stephen's work centers on this connection with special interest in sustainable designs and environmental conservation.1

Beginning in 1975, after earning his doctoral degree at Yale in 1972, Dr. Kellert wrote prolifically on the relationship between animals and mankind.2 His research led to the book, The Biophilia Hypothesis (1993), which was co-edited with Edward O. Wilson, an evolutionary biologist who had previously popularized the biophilia concept.3

Dr. Kellert furthered the concept of biophilia through his writings, which included Kinship to Mastery: Biophilia in Human Evolution and Development (1997), The Good in Nature and Humanity: Connecting Science, Religion, and Spirituality with the Natural World (2002), and Children and Nature: Psychological, Sociocultural, and Evolutionary Foundations (2002).4 One aspect of his research included the role that childhood experiences in nature had on children's maturation and development.5 As children are given opportunities to engage in nature play, children’s cognitive development is improved by increasing their awareness, observational, and reasoning skills as well as lowering incidence of behavioral disorders, anxiety, stress, and depression.6

Dr. Kellert also took the biophilia concept into the architectural fields of design through his books Building for Life: Designing and Understanding the Human Nature Connection (2005) and Biophilic Design: The Theory, Science, and Practice of Bringing Buildings to Life (2008).7 Biophilic Design was given the 2008 American Publishers Professional and Scholarly Best Book of Year Award in Architecture and Urban Planning.

His writings, research, and teachings on conservation have been recognized twice by the National Wildlife Federation with the 1983 Special Achievement Award and the 1997 National Conservation Achievement Award. Later, in 2006, Dr. Kellert was honored with the Outstanding Research Award from the North America Association for Environmental Education,8 the 2008 George B. Hartzog Award for Environmental Conservation, and the 2010 Distinguished Alumni Service Award from Yale University School of Forestry and Environmental Studies.9

Dr. Kellert is also on the Board of Bio-Logical Capital, a company that “invests in and implements multi-layer sustainable land uses on large landscapes.” Previously he had been a partner and senior consultant for Environmental Capital Partners. He has also served on National Academy of Sciences committees and on the boards of such organizations as the Children & Nature Network, Yestermorrow Design and Build School, Student Conservation Association, and Defenders of Wildlife.10 For his achievements, Dr. Kellert has been included in the American Environmental Leaders: From Colonial Times to the Present.”