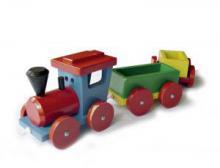 The International Council of Toy Industries (ICTI) is a not-for-profit worldwide toy industry association. They are committed to facilitate the exchange of information on toy industry issues, to promote universal toy safety standards, to reduce or eliminate trade barriers, and to advance manufacturing programs that address fair and lawful employment practices, workplace safety, and environmental concerns.1

In September of 1975, toy manufacturing representatives from eight countries (Canada, France, Germany, Hong Kong, Italy, Japan, the United Kingdom, and the United States) met in Paris to form a global trade association for the toy industry.2 Initially their focus was on responding to the toy safety standards being formulated in the United States and Europe. Not only did they seek to harmonize products and safety standards, but they also sought to create a network of international experts that could influence governments and organizations concerning future standards and issues in ways that would benefit the toy industry.

Though they were incorporated and headquartered in the United States, the International Council of Toy Industries meets annually on a rotating basis throughout the world. Their membership includes national toy associations as well as other toy industry trade associations.3

By 1980, the ICTI had formed one world safety standard concerning the mechanical and physical toy properties. This standard established safe toys for children and facilitated freer trade between nations. They also worked on toy safety standards for toy flammability, toxicity, and electrical components.

In the 1980s and 1990s, they began to address the issues of implementing safety standards, toxic chemicals in toy manufacturing, toy recalls, advertising toys on television, “war” toys, counterfeit toys, and the growing trend of video games. The International Council of Toy Industries countered these threats with promoting the “value of play” which benefits the physical, emotional, social, and educational growth of children. They believe that “Play is child's 'work' and toys are the tools children use in play... and, because toys are such an important ingredient of play, they are invaluable to a child's development into a mature, confident adult.”4

Gordon Goude, a key founding member from Britain, was appointed permanent secretary of the ICTI in 1981. By 1985, six more countries were represented,5 and the International Council of Toy Industries had been granted non-voting status on the International Standards Organization (ISO). Twelve years later in 1997, ICTI qualified for United Nations Non-Governmental Organization (NGO) status.

In the 1980s, a more comprehensive ICTI Toy Safety Standard was published in three parts, including a code of practice for battery operated toys. This standard was followed by an ICTI Fact Book, which published the aims of the International Council of Toy Industries as well as statistical data on the world toy industry.

The 1990s brought the adoption of the ICTI's first Code of Conduct, which declares a commitment to safe play environments, toy safety standards, ethical advertising of toys, free and fair trade practices, toy development for children with special needs, and the support of children's causes.6

In 1995, the Code of Conduct was followed by the ICTI Code of Business Practices that set standards for “safe and humane workplace environments.”7 The Code of Business Practices was revised and adopted in 1996 with the addition of a Fire Prevention and Emergency Preparedness Guide. Six years later, at the ICTI annual meeting in Beijing in 2002, all 18 member countries voted unanimously to create an auditing program to implement their business code. A program of training factory managers and conducting independent auditing, called the ICTI CARE Process, was to begin in China, Hong Kong, and Macao where approximately 80% of the world's toys are manufactured.8 To facilitate this program ICTI established the ICTI Asia Limited office in Hong Kong.

The turn of the century brought increasing challenges for the toy industry due to technological and environmental concerns, such as electronic retailing, the demand for faster communications and responses, PVC health concerns, chemicals in toys, packaging and electronic waste, and electromagnetic interference. They have also been concerned with ways to market toys so that sales are evenly spaced throughout the year.

With the increasing number of retailer codes and standards, the International Council of Toy Industries has sought to create agreement within the industry worldwide by merging the numerous codes with theirs. One step forward with this goal was the Memorandum of Understanding with ICTI, which was signed by the German overseas trade retailers' group, AVE, in 2004.

The International Council of Toy Industries has also issued Guiding Principles for Advertising and Marketing Communication to Children and, in 2010, the ICTI Environmental Mission Statement.9 These principles and declarations emphasize the importance of the toy industry's social responsibilities concerning ethical advertising and holistic environmental policies.

For their thirtieth anniversary in 2005, International Council of Toy Industries established an annual ICTI Award to recognize outstanding programs for improving the well-being of children. The first ICTI Award was given to the Concerned Children's Advertisers organization based in Toronto, Canada.

The following year in 2006, International Council of Toy Industries adopted the Declaration on the Vital Importance of Toys that had been prepared by the Spanish Toy Association. They declare that toys enrich family life, encourage play and learning, and foster mental, physical, emotional, and social development in children. They also state that the restriction of the right to play and the time to play “has serious consequences on children's development and their later behavior as adults.”10