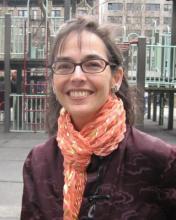 The blog, Free-Range Kids, is written by Lenore Skenazy, who was dubbed “America’s Worst Mom” by the media for allowing her 9-year-old son to ride the subway in New York City alone. What started as an opportunity for a child to face a challenge and experience some independence resulted in a blog, a book, and a movement.1

The event that ended in a media storm began on a Sunday afternoon at Bloomingdale’s. Lenore’s son had repeatedly asked his parents to take him to some location and let him find his own way home. After much thought, Lenore gave her son a map, a MetroCard, some quarters for the phone, and $20 for emergencies and left him in the department store. He had traveled the subway many times with his parents and successfully arrived home 45 minutes later feeling ecstatic about his accomplishment.2

As a syndicated columnist, Lenore wrote a column for The New York Sun on “Why I Let My 9-Year-Old Take The Subway Alone” on April 1, 2008. She received such a reaction to her column that she and her son found themselves on the Today Show, MSNBC, and FoxNews trying to convince the news anchors that the idea of allowing a child some freedom was not irresponsible.3

To defend what some thought were her radical ideas about parenting, Lenore wrote the book, Free-Range Kids: How To Raise Safe, Self-Reliant Children (Without Going Nuts With Worry). Her book and her blog take “an old-fashioned, common sense approach to parenting in these overprotective times.” Free-Range parenting promotes teaching children important safety information, such as “how to cross the street, how to ride a bike safely, how to talk to strangers but not go off with strangers.” The Free-Range philosophy believes that as children become more street smart, they can be given more freedom which helps them become more confident and self-reliant. Allowing children to make their own decisions and deal with some risk results in their learning responsibility.4

The Free-Range Kids blog has become one of the central clearinghouse websites for airing concerns of media reports that demonstrate the trends of adults who overly protect children from perceived dangers. The blog attempts to show the big disconnect between the horrors on TV from the media and the reality of America today with actual statistics showing that crime against children is down in recent years. The concern that helicopter parenting, parents who hover over their children to guide and protect their every move, results in children, and eventually adults, who don’t know how to make decisions for themselves and have difficulty navigating their world alone.5