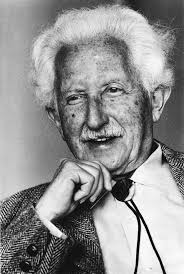 Erik Erikson was a renowned psychoanalyst who proposed that children were products of society’s expectations, prejudices, and prohibitions. His best known work is his theory that each stage of life is associated with a specific psychological struggle, which contributes to a major aspect of personality. His basic developmental framework that explored the impact of conflict in the context of relationships as well as his concept of the identity crisis have been lasting contributions to the study of child development.1

Though greatly influenced by Sigmund Freud’s theory regarding the structure of personality, Erikson focused on how personality is developed by the social crises that affect a person’s life throughout his entire lifespan. With this shift in thinking from Freud’s theory that personality is shaped by the age of five, Erikson suggested that continued growth and development of the personality could be affected well into adulthood, with a great deal of emphasis on the adolescent period, which he felt was a crucial stage for developing a person’s identity.2

Erikson was born June 15, 1902, in Frankfurt, Germany. His young Jewish mother from Denmark raised him by herself before marrying a physician, Dr. Theodor Homberger. For many years, Erikson believed that Homberger was his biological father, and when he finally learned the truth, he was left with a feeling of confusion about who he really was. The mystery surrounding his actual biological parentage influenced his later interest in identity formation. When attending Jewish temple school, he was teased for being tall, blue-eyed, and blonde. At public school he was rejected because of his Jewish heritage. These childhood experiences led to his interest in what became his life’s work.3

Erikson never received a degree in medicine or psychology. He disliked formal education and chose to travel Europe for a year rather than attending college. He enrolled in art school and several years later taught art and other subjects at a progressive school in Vienna, Austria, to children of Americans who were studying Freudian theories at the Vienna Psychoanalytic Institute.4

Erikson studied with the Montessori Teachers’ Association and was encouraged by Anna Freud, a friend of the founder of the progressive school, to formally study psychoanalysis as well. He received certificates from Montessori as well as from the Vienna Psychoanalytic Institute. He became a patient of Anna Freud and stated “My analysis, which gave me self-awareness, led me not to fear being myself…the process of self-awareness, painful at times, emerged in a liberating atmosphere.”

He married a fellow teacher at his school in 1930, and they moved to the United States in 1933 where he was offered a teaching position at Harvard Medical School, despite having no formal degree. He also had a private practice in child psychoanalysis while teaching at Harvard.5

He later held positions at other institutions including Yale, Berkeley, and the Menninger Foundation. He also worked at the Center for Advanced Study in the Behavioral Sciences at Palo Alto, California, and then at Mount Zion Hospital in San Francisco, where he was a clinician and psychiatric consultant.

Erikson had a wide range of interests. He studied combat crises in troubled American soldiers in World War II, child-rearing practices among the Sioux in South Dakota and the Yurok along the Pacific Coast, the play of disturbed and normal children, the conversations of troubled adolescents suffering identity crises, and social behavior in India. The rapid social changes in America concerned him, and he wrote about the issues of the generation gap, racial tensions, juvenile delinquency, changing sexual roles, and the dangers of nuclear war in the 1950s and ’60s.6 He was awarded a Pulitzer Prize and a national book award for his book, Gandhi’s Truth, On the Origins of Militant Nonviolence, published in 1969.7

Erikson’s theory of psychosocial development has eight stages. Each stage has a particular crisis occurring that involves the psychological needs of the individual conflicting with the needs of society. He believed that personality develops in this predetermined order and each stage builds upon the previous one. Successfully completing each stage results in a healthy personality and the acquisition of basic virtues, which help the individual resolve subsequent crises. Failure to complete a stage successfully can result in a reduced ability to complete subsequent stages. Erikson believed that unhealthy personality traits can be overcome later in life.

The first psychosocial crisis, which occurs during the first year or so of life, is called Trust vs. Mistrust. As an infant receives consistent, predictable care, he will develop a sense of trust in his caregivers and will be able to feel secure when threatened. This will lead to the virtue of hope. If the infant’s care is harsh or inconsistent, he will develop a sense of mistrust and fear. This can carry over to feelings of anxiety, heightened insecurities, and an overall feeling of mistrust of the world around him.

Autonomy vs. Shame and Doubt is the second stage, which occurs between the ages of 18 months and three. As the child becomes more mobile, he begins to assert his independence. He explores his environment and makes choices on his own about what he likes to eat, to wear, and to play with. He discovers he has new abilities and explores his limits. If he is allowed to try new things, he will develop the virtue of will, and he will become confident and secure in his abilities of self-control. If the child is overly controlled or criticized, he may feel inadequate about his abilities and may become overly dependent on others, lack self-esteem, and feel a sense of shame or doubt about his abilities.

Between ages three and five, children become even more assertive and active. The third stage, Initiative vs. Guilt, describes the period when children have more interaction with other children, and their playtime provides opportunities to explore their social skills through initiating activities. If a child is allowed to plan activities, make up games, and initiate play with others, he will develop a sense of initiative, and feel secure in his ability to lead others and make decisions. This will lead to the virtue of purpose. Again, if his caregivers are overly controlling or critical of his actions, he may feel like a nuisance to others and have a sense of guilt. Too much guilt can result in making the child slow to interact with others and may inhibit his creativity.

Industry vs. Inferiority is the fourth stage for children ages 5 to 12 years. At this stage a child’s self-esteem is affected largely by his peer group. He feels the need to win approval by demonstrating competency in what they value, and he will feel a sense of pride in his accomplishments. With encouragement he will feel industrious and confident in his ability to accomplish his goals. If the child’s initiative is not encouraged or is restricted by adults, he will begin to feel inferior, doubting his abilities. Some failure is necessary to develop humility, but a balance is necessary to lead to the virtue of competence.

During adolescence from ages 12 to 18 years, the transition from childhood to adulthood is a major stage in development. Identity vs. Role Confusion is the fifth stage where a child re-examines his identity and tries to understand who he is and how he fits into society. It is a time of personal exploration and of forming his own identity. Success in this stage results in the virtue of fidelity, which involves being able to commit to others on the basis of accepting them, even with ideological differences. If a child is unsure of himself and his place in society, he will develop role confusion, and he may begin to experiment with different lifestyles and may become rebellious.

Intimacy vs. Isolation is the stage where young adults aged 18 to 40 years begin to explore relationships leading toward long term commitments with someone other than a family member. Success in this stage leads to the virtue of love, enjoying comfortable relationships and a sense of commitment, safety, and care within relationships. Fear of commitment and avoiding intimacy can lead to isolation, loneliness, and depression.

Those in middle adulthood between the ages of 40 and 65 enter the stage of Generativity vs. Stagnation. As adults establish their careers, commit to a relationship, and start families, they develop a sense of being a part of the bigger picture. If they become involved in their community and are successful in raising children and in their work, they will feel they are giving back to society and develop a virtue of care. If they fail to be successful in their lives, they become stagnant and feel unproductive.

The final stage is devoted to the senior citizens who are 65 and over. As they become less productive in life entering retirement, their assessment of their life’s accomplishments is contemplated, and if they see themselves as having led a successful life, they will develop integrity. This leads to the virtue of wisdom, enabling them to look back on their lives with a sense of closure and completeness. If they feel they were unproductive and have regrets about their past, they may become dissatisfied with life and develop despair, leading to depression and hopelessness.

Erikson acknowledged that his theory is a descriptive overview of human social and emotional development that does not adequately explain how or why these stages influence personality at a later stage. It is meant as a tool to use when contemplating psychosocial development across the entire lifespan.8