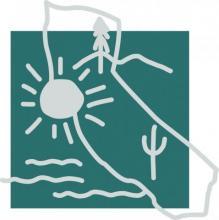 The California Roundtable on Recreation, Parks and Tourism is an independent and nonprofit organization formed to support both public and private programs for “quality, sustainable outdoor recreation” in California.1 Composed of representatives from public land agencies, outdoor recreation industries, recreation providers, educational institutions, private enterprises, tourism agencies, user groups, and environmental organizations, they have sought to create a “seamless recreational experience” for the outdoor user by coordinating their programs and resources.2

In 1996, Donald Murphy, who was the Director of California State Parks, gathered a diverse group to encourage partnerships that would ensure that park and recreation services would not suffer from recent budget cuts. Realizing that they served the same customer, the California Roundtable members collaborated on information, training, research, and services. They have also worked to raise awareness of and political support for outdoor recreation and for the Land and Water Conservation Fund.3

The California Roundtable on Recreation, Parks and Tourism has hosted symposiums and conferences on the outdoors, public lands, recreational management, tourism impacts, using the outdoors for greater health, and children in nature.4 Additionally, they have sponsored printed guides and rest stop map panels promoting recreational opportunities in California.

In 2001, due to concerns of children’s estrangement from nature, the California Roundtable began to write The California Children's Outdoor Bill of Rights (COBR), which was finalized on November 10, 2004. This landmark declaration of the child's need for outdoor play has been used as inspiration for numerous other states to make similar declarations.

Though their initial COBR predates Richard Louv's book Last Child in the Woods, his book has brought increased awareness and support to the need for children to play outside. In 2011, the California Roundtable on Recreation, Parks and Tourism updated the list of outdoor play activities in language understandable by children. The revised California Children’s Bill of Rights was announced on March 20, 2012, the first day of spring.5