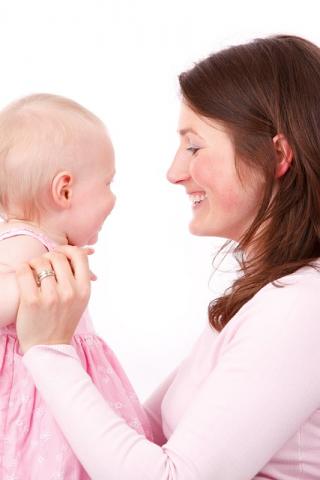 Attunement play has been described as the base state of play. When an infant around three or four months of age and a caregiver make eye contact with each other resulting in an emotional connection, they are said to be “attuned” with one another in a playful way with each experiencing a spontaneous surge of emotion. As the baby responds with a smile, the mother responds with her own smile, and “baby talk” is shared by both of them.1 It has been shown through EEG and other imaging technologies that the right cerebral cortex, which organizes emotional control of both infant and parent, experiences similar brain currents getting their brain rhythms in tune with each other producing a joyful union.2

Being aware of a child’s vocalizations, body language, and facial expressions allows a caregiver to better understand what the child needs, wants, and feels.4 Even as a child grows older, non-verbal communication develops through good attunement as an infant continues to expand with the understanding of signals, such as the movement of the eye, facial gestures, the opening of the mouth, the tone of voice, the movement of the hand, or the tip of the head. It is thought that a large percentage of what our brains perceive in communication with others is from non-verbal signals.5

Attunement has been found to be critical for later emotional self-regulation. An infant who is deprived of experiencing attunement through neglect or abuse has greater difficulty forming healthy attachments and establishing emotional regulation.6

Attunement and attachment (also known as bonding) are closely related. When parents are available and attuned to their child, the child feels a sense of security that creates a strong foundation for allowing that child to explore the world. The child who is securely attached in childhood has a greater chance to have good self-esteem and be able to interact socially with others.7

The benefits of early attunement play extend to the playground with playground equipment that allows for face-to-face contact that encourages social play. Teeter-totters, multiple-occupancy swings, and some spinners can provide eye contact between participants that allow for social interaction with others. Multi-generational swings that are designed specifically for attunement play allow a caregiver to face their small child as they swing together. The movement of the swing adds to the enjoyment of interacting with each other and also stimulates the child’s brain development.8