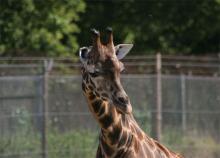 Zoos have long been a recreational attraction for children. Originally described as park-like places where animals were kept in cages or large enclosures for public exhibition, they were known as zoological gardens or menageries.1

Today’s zoos offer a wide range of design from the small city parks that have animals in cages to large safari parks that allow the animals to roam in more realistic natural settings. Most good zoos describe their missions as recreation, education, conservation, and research.2

While adults and children alike enjoy zoos, there are many different activities offered to especially appeal to children. Many zoos offer an area in the zoo where children have the opportunity to interact closely with tamer zoo animals, such as goats, sheep, llamas, ponies, and birds. These petting zoos appeal to younger children especially giving them the opportunity to experience animals up close in a safe environment.3

One of the primary functions of zoos is the conservation of animal species. Intended as sanctuaries for rare and endangered animals, the best designs incorporate the animals’ environmental, behavioral, and emotional demands. With many of the world’s animals in danger of extinction, zoos and sanctuaries often provide the only way to preserve them.5 Zoos also offer wildlife rehabilitation to many animals with the goals to rescue, to rehabilitate, and then to release them back to their natural environment.6

Many large zoos have extensive research programs that study the behavior, health, and growth of the animals in their care. Recording observations and comparing the results of animals in the wild and in captivity give insights into better care for the zoo animals as well as uncovering mysteries about animal behavior.7