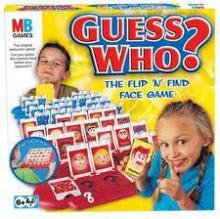 Theora Design is a business that creates and designs toys, games, crafts, dolls, electronic games, and novelties. They also collaborate with other toy and game inventors and encourage young entrepreneur designers. While others fear the electronic age has ended games, Theora Design believes that games are “enjoying a renaissance” as “people seek avenues for interacting with each other.”1

Living in Tel Aviv, Israel, Theo Coster, an industrial designer and printer, and his wife Ora, an arts and crafts teacher, formed Matat in 1965.2 Matat, which means “gift” in Hebrew, focused on designing small novelty toys and games that businesses could give to customers as they made purchases. Three years later, their products were being represented at the Nuremberg Toy Fair in 1968, which brought them licensing agreements from the British companies Spears and Merit and the American Borden Foods.3

To Borden they sold their design for ICETIX, a grooved plastic ice cream stick which was also a construction toy. Marketed as Elsie Sticks in America, more than 12 billion sticks were produced over the next 11 years.4 During this time, the 1970s, Matat became Theora Design, a combination of the Coster’s names, Theo + Ora, reflecting their commitment to being a family business.

In 1981 their son Boaz joined in the marketing and designing along with his wife, Aliza, who began managing the finances. More than a decade later in 1993, another son, Gideon, also joined the family designing team. Together the Costers “ping-pong” ideas back and forth, try games out on themselves and others, and do their research to be sure they are not repeating what someone else has already done. The process requires them to be “open-minded, imaginative and patient” as they see an idea through changes and revisions until it is ready for market.5

Over the years Theora Design has licensed more than 165 different concepts.6 Some of these games and toys are Guess Who?, Play-On-WordZ, Number Rumba, Quips, Magimixer, Smart Mouth, Spearoscope, Stacrobats, Bingo Link, and One Too Many.7

The Chicago Toy & Game Group awarded their 2012 Lifetime Achievement Award to the Coster family. President Mary Couzin, in announcing the award, reported how “prominent industry leaders became extremely enthusiastic and reminisced about how their toy shelves wouldn't have been the same without some of (the Coster's) creations.”8