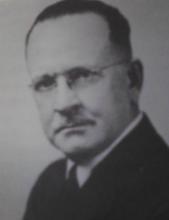 James Edward Rogers was a sports and recreation teacher, leader, and director in the early 1900s. Building on these experiences he later became a community organizer and public speaker on recreation and physical education issues. A peer characterized him thusly, “He typified the early, zealous recreation barnstormer. Recreation was a cause in which he believed wholeheartedly, unflaggingly, constantly.”1

In 1901, Rogers began teaching gymnasium classes and being involved with boys' clubs.2 Over the next few years he was a manager and coach of sports teams, settlement teacher of adult education, director of boys' clubs and founder of summer camps for boys, and director of one of the first playgrounds in both San Francisco and Los Angeles, California. He was also an officer of the San Francisco Extension Society and advocated for the use of school buildings for community activities and recreation.

On the state level, Rogers was appointed by the governor in 1912 to the State Recreation Board, which was conducting a state-wide recreation survey. In the survey report he wrote the opening section, “Why We Need Recreation,” and later spoke at a State Recreation Conference about “The Use of Leisure, A National Problem.” In this report and address he summarized leisure and recreation issues at that time,

In 1911, Lebert Weir of the Playground Association of America (PAA) was appointed to work with the Pacific Coast states and he hired Rogers as a part time assistant in charge of the San Francisco area. Rogers was given the task to assist cities in creating and establishing municipal recreation departments and to otherwise spread the recreation movement throughout California. Four years later in 1915, Rogers was made a full time field worker in the Midwest states for the PAA, now known as the Playground and Recreation Association of America (PRAA).

During World War I in 1917, the War Camp Community Service (WCCS) was formed to address the recreation needs of service men. To facilitate the WCCS programs, PRAA established a training center for new recreation workers in Chillicothe, Ohio, which Rogers directed. Three years later in 1920, a 4 week training school was formed in Chicago, Illinois, and he directed a staff of recreation lecturers who taught concerning community organization, leadership methods, volunteer utilization, program planning, and financial management.

From his experience, Rogers taught new recreation workers to focus on two or three programs and enlist the cooperation of a broad base of community leaders on one initial project that would then grow into the other projects. He also felt that in order to succeed in establishing a recreation program, “one must believe that the use of leisure is as fundamental as education, religion, business, and other basic fields.”4

By 1924 recreation and physical education four year degrees were formed by the Chicago Board of Education, and Rogers was chosen to establish both of these departments. Once this was accomplished, Rogers returned to PRAA, who in the meantime had established their own National Recreation School (1926) in New York City. Though he wasn't directing this school, he did lecture there occasionally as well as address national and state organizations on recreation. Additionally, during the summers he taught recreation courses at eight training institutions.5 When the National Recreation School closed during the Depression, Rogers was part of the faculty teams that held 4 week institutes in cities across America to continue training recreation leaders.

Besides the recreation-oriented WCCS program begun during World War I, the PRAA also formed the National Physical Education Service (NPES) in 1919 to remedy the poor physical condition of potential soldiers.6 Their solution was to popularize physical education, establish supporting public school curriculum in every state, and create teacher training programs in colleges. Rogers was appointed director of the NPES in 1926 even though his most recent experiences were more with recreation programs. To add to his previous knowledge of physical education he declared, “I must study and learn. I would like in a few years to know more about physical education than anyone in the country.”7

Rogers established a monthly NPES Newsletter to assist in sharing information between states and informing state leaders of physical education issues and programs. On the national level, he networked with the American Association for Health, Physical Education, and Recreation organization, served as its field secretary, and wrote an “Around the Country with J.E.R.” report in their Journal.8 As their field secretary he traveled extensively to work with cities, schools, universities, and service clubs.

In 1930 the White House conference on Child Health and Protection was held and Rogers' notes from the proceedings were later compiled and published as his only book, The Child and Play. During this decade he also founded the Society of State Directors of Health, Physical Education, and Recreation and served as their secretary and historian. He led the movement to get state governments to appoint State Directors for recreation and physical education.

During World War II in 1940, the PRAA, now known as the National Recreation Association, loaned Rogers with his expertise to the Federal Security Agency in order to establish the Recreation Division of the Community War Services Department.9 For two years he organized communities to provide recreation activities for service personnel, defense workers, and the surrounding military communities.

Over the last decade of his service in the National Recreation Association, Rogers worked with state governments in the New England and North Central regions and as a district representative for New York and Florida. Besides developing recreation programs, he assisted with setting up networks so that ideas and information could be exchanged within the regions. Rogers retired from the Association in 1951.10

Throughout his involvement with the recreation movement, Rogers was also at times involved with the National Congress of Parents and Teachers, the Sportsmanship Brotherhood, the Boy Scouts of America, and on various committees of the National Education Association. A peer said of his involvement, “JER seems to have shown splendid social outlook, community spirit, has a gift for reaching the entire community, is able without difficulty to secure publicity. . . Men and women in the cities recognize he is a hard worker and are captivated by his enthusiasm.”11