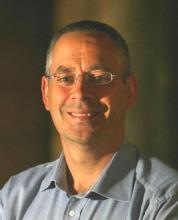 Through his writing, public speaking, consulting, and independent research, Tim Gill is focused on the “changing nature of childhood, children's play and free time, and their evolving relationships with the people and places around them.” He believes that children have the potential to be “resilient, responsible, capable and creative” if they are allowed to “take risks, make mistakes, have everyday adventures and test themselves and their boundaries.”1

Tim began his education as a mathematics scholar at Keble College, Oxford, England, but then switched to studying philosophy and psychology. After earning his degree in 1987 he moved to London and eventually completed a Master’s degree in philosophy at Birkbeck College in 1996. The following year he was the Director of the Children's Play Council (now Play England), a position he held for seven years until 2004.

During this time in 2002, Tim was seconded to the Department of Culture, Media and Sport to lead the first review of children's play by the British government. Eventually, this review led to the establishment of the £155 million Children's Play Initiative through the Big Lottery Fund.2

As a consultant and writer, Tim has published reports and articles in play industry media, academic journals, and newspapers.3 He has consulted for the National Trust, the Lee Valley Regional Park, and the Forestry Commission, and has explored such topics as “Play, child care and the road to adulthood,” “Nature Play,” and “The extinction of the outdoor child.”4 Additionally Tim is a Built Environment Expert for the Design Council CABE.5

In 2007 his book, No Fear: Growing Up in a Risk Averse Society, was published in London and then internationally. Focusing on children between 5 and 11 years of age, Tim argues that their development is being undermined by the current culture of risk avoidance. Instead he advocates a new “philosophy of resilience that strikes a better balance between protecting children from genuine threats and giving them rich, challenging opportunities through which to learn and grow.”6

Continuing with his political advocacy to “rethink” expectations of childhood, Tim assisted with the launch of the Childhood Review by the Conservative Party in England in 2008. Internationally he has also led workshops and given speeches concerning creating more child-friendly communities, balancing risk in play, reconnecting children with nature, and explaining current research about why children play and why free time matters.7

Besides writing, speaking, and consulting, Tim has been extensively interviewed by newspapers, magazines, and on radio programs. He has also participated in documentaries and numerous public debates and discussions concerning childhood. He has become known as “one of the UK's leading thinkers on childhood, and an effective advocate for positive change in children's everyday lives.”8

For his “outstanding contributions to improving children's lives through challenging our views of childhood in a 'no risk' culture,” the Edge Hill University of Lancashire, England awarded Tim an honorary doctorate in 2009.9 Three years later, he became the founding patron of the Forest School Association.

Tim founded the blog, Rethinking Childhood, in July 2011 because it was “simply the most effective way of sharing my work and engaging with others.”10 A sampling of post topics include: Fighting cuts to play services: information is power; Seven principles of playground design; News Consumption Disorder: symptoms, diagnosis, and cure; Are child-friendly city approaches being used to push out poor families?; and The wobbly bridge, or why it is harder to manage risk in playgrounds than factories.11