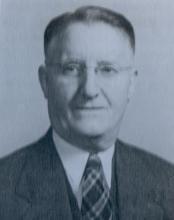 Virgil K. Brown was a scholar and an author of the recreation movement in America as well as the administrator of the Chicago Park District Recreation Division during the first half of the 20th century. Lebert Weir, a co-worker, characterized Brown with this tribute: “Among the leaders of the nation who have mightily advanced the recreation movement in America, V.K. Brown is distinguished by his vision, wide range of knowledge, interpretive powers, leadership qualities, and organizing ability.”1

Born in northern Minnesota in 1883, Brown studied sociology and psychology at Northwestern University in Evanston, Illinois and at Chicago University. Though his first recreation position was with the West Park District in Chicago, by 1908 he had joined the award-winning South Parks District in Chicago.2 He began as a playground director, progressed to be an assistant gymnasium instructor, and then served as an assistant superintendent of playgrounds and sports.

Eight years later in 1916, Brown accepted a position in Newark, New Jersey as superintendent of recreation. That year he also contributed to the Committee on Playground Statistics national report.3 While in Newark, he wrote a pamphlet “Swimming Pools” in 1917 which was widely utilized in pool design and operations. He also contributed to the Recreation magazine, was on the editorial staff of Parks and Recreation, and regularly spoke at the National Recreation Congress.

World War I brought more changes for Brown. In 1918 he moved to Muscle Shoals, Alabama to become the superintendent of community relations for the Air Nitrates Corporation, a wartime industry. As the war ended he returned to the South Parks District in Chicago and eventually became the director of the Recreation Division. As such he felt that the use of leisure was a pursuit of “that greatest art in the world, the art of living” and that leisure time should have a broad scope of interests, hobbies, and avocations. He believed that,

“Recreation is not merely amusement. It is expressing, creating, daring, adventuring. It is putting life together in trial patterns and new designs. It is subjecting imagination, courage, resolution, and our whole range of skills and creative abilities to the test. We don't really live in the things we must do. We live when we are released to follow the beckonings, the lures, the enticements of freedom. That's when life mounts to high tide. That's the stuff we are dealing with in recreation.”4

Athletics and competitive sports were an important part of recreation for Brown. He initiated a sportsmanship system that awarded points for sportsmanship behavior and reliability, as well as for winning. This system, known as the Chicago type of scoring, was also used in other cities to encourage clean play.5 In the sports arena Brown was an American representative and official judge at both the 1928 and 1932 Olympic Games and a Fellow of the American Association for Health, Physical Education, and Recreation.6

During the Depression, Brown utilized the Works Progress Administration personnel for producing publications on recreation activities and for supplying recreation leadership. He addressed the 1932 International Recreation Congress on meeting the needs of the unemployed who had large amounts of leisure time. He also challenged park leaders to broaden their sights and promote “those fifty million uses of our parks, that prove that men do not live for, any more than they live by, bread alone.”7 At this time he participated in the 25th anniversary of Recreation with the perspective article “Trends in Recreation Service.”

To promote recreation programs, Brown had groups demonstrating arts, crafts, hobbies, and games at the 1933 Chicago World's Fair. At the fair he encouraged anyone interested in a demonstration to sign up for the activity. Later they were notified of opportunities to participate, which expanded the local programs.

Chicago's city parks were combined in 1934 to form the Chicago Park District and Brown was named the director of the Recreation Division. He held this position for the next 14 years until he retired in 1948. In a speech before the 1937 National Recreation Congress Brown broadened the scope of recreation yet again by including the need for service opportunities to give an outlet for the “benevolent impulses” of people. He declared,

“Once we develop a universal feeling that Recreation, as a word, means, in addition to sport, or art, or hobby, some interest in and labor for our fellows, our community, our times, it must follow as the night the day, we cannot then prevent Recreation from taking another step forward to the very great enrichment of our whole program of public service.”8

During World War II, Chicago met the needs of seven thousand soldiers, sailors, and marines by converting a fourteen story building into a recreation center. He also gave a speech entitled “The Place of Parks in a World at War” in which he promoted the roles of “personality development, character building, sportsmanship, physical development, neighborliness, and the values of beauty.” His research found that the public's greatest concerns at that time were about national unity, physical fitness to lead the world, and “what can we do to overcome the jitters, to relax, and protect our nerves from becoming jumpy?”9

Brown found the answer to these concerns in the parks and the recreation centers. To share his recreation philosophy, give suggestions for local problems, and describe Chicago's developments, he traveled with the National Recreation Association field workers to other large cities. At these meetings he was known to speak with authority, “and yet always with the impression of talking with equals in experience and education.”10

As a recreation leader, Brown had a guiding hand in establishing and supporting early recreation organizations. He assisted in establishing the Society of Recreation Workers of America which later became the American Recreation Society. Brown was their first president and then served again as president ten years later. He was also one of the first recreation leaders to be president of the American Institute of Park Executives (AIPE). Both of these organizations later merged with the National Recreation Association to form the National Recreation and Park Association (NRPA) in 1965.11

Practicing what he spent a lifetime preaching, in his retirement Brown became an accomplished craftsman and displayed his work at a National Recreation Congress in 1959.